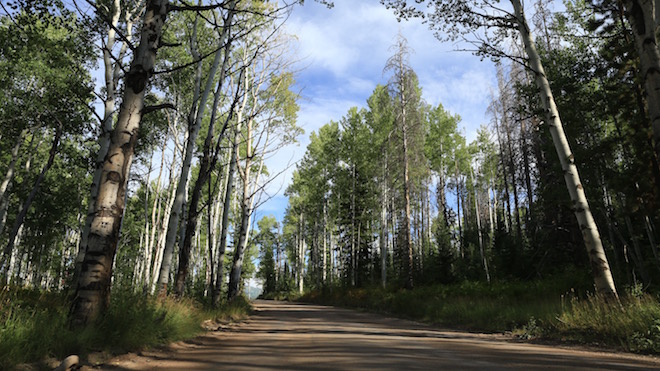 Parents who have an inkling that they’re creating unhealthy environmental conditions for their developing children are likely to seek out confirmation that they’re doing things correctly in order to silence that uncomfortable inner voice.

The preference between one of these two extremes of parenting almost always has to do with how environmental conditions were for these primary caregivers when they were children themselves, when they had certain norms, values and tabus instilled into them by their own primary caregivers. What could be considered extreme from the psychological point of view isn’t considered extreme to them but normal, natural, everyday.

We’ve got to understand that ‘normal’ is a relative term. We humans are capable of adapting to wildly different environmental situations.  And what’s normal in one time or place is abnormal in another. Now, this doesn’t mean that there are no universal norms and values to guide healthy human development..

Because while humans can adapt to various environmental situations, their mental or physical health or both usually end up suffering when these conditions don’t fit their given existential needs. They accept as ‘the way things are’ a state of affairs that they have always known deep down makes them unhappy and keeps them from being authentically themselves. Just like when a plant is not given the proper amount of water or sunlight and starts to wither, when humans aren’t surrounded by the proper conditions they get sick mentally, emotionally, and physically.

The real problem is that deep conflict exists in the psyche when people come to accept a version of truth from the external environment that contradicts what they have always known to be true about themselves and the world in their heart of hearts. There are two common routes for solving this conflict. The first is to create a system of rationalizations to get behind the destructive way of being and to therefore pass that same way of being onto the next generation through the instillation of a similar set of norms and values. The second is to consciously decide to be and just the opposite of what one’s own parents did.

None of these parenting approaches take a step back in order to see that authoritarian and permissive parenting styles each have something to offer in terms of psychological needs but also have certain drawbacks. Taking the healthiest, best elements of each and making them work in tandem creates an optimal environment for development. This parenting style is often called authoritative, but it sounds too close to authoritarian parenting, which causes a lot of confusion, so we’ll just call it adaptive parenting from here on out.

Adaptive parenting recognizes that the child is a unique individual currently in the process of growth which means constant change, so structure, boundaries, and and rules for living must be constantly modified to fit the psychological and emotional needs of the growing child, rather than unconsciously seeking to make the child fit the norms and values of the authoritarian or permissive systems.

We can understand adaptive parenting as seeking to create conditions where the freedom to be, to try on new ways of thinking, feeling, and relating, is actively fostered within the safe confines of clearly laid out and agreed upon rules for behavior and norms of conduct. These rules and norms always remain open to modification, and they’re adapted to meet the developmental demands of the unique growing child.

We’ve got to understand that structure of some kind is absolutely necessary for the basic sense of security that allows for healthy psychological and emotional development. When we feel completely at a loss for what to do, when we can’t seem to make a pattern out of the chaos, when we feel like we’re kind of floating aimlessly, when we don’t have a clearly laid out life plan, our existential anxiety skyrockets. This anxiety keeps us from full contact with people and the world. It negatively colors our experience. We don’t feel emboldened to grow, to reach out and make contact with the various potential gestalts in our environments, but instead remain paralyzed with doubt around how to proceed in our lives. We shrink into ourselves in order to find some sort of protection from that great terrifying abyss that is a lack of known boundaries. This is true for adults and it’s very true for kids, who don’t yet have the skills or life experiences to understand the parameters of given situations.

Setting parameters for behavior creates a sort of metaphorical map that children uses to freely and confidently explore their environments and themselves. So adaptive parenting sets up a family environment where children feel free and safe at the same time, where they feel fundamentally secure enough to take real chances, where they feel like they have the space to grow but also receive input on how to grow. We believe it was Fromm who made the point that if environmental conditions perfectly fit the developing child then there would be no friction and the child would never have to deal with inner conflict..

The best parents can do is to be adaptive, to consciously recognize areas of conflict and friction where  conditions aren’t adequately meeting the needs of their children. Instead of simply crushing resistance they can take some time to think about if maybe it’s an external variable that needs to be adjusted not the child’s attitude or behavior. Adaptive parenting believes that when kids are given the chance to be themselves without constant censure or judgment they strive towards growth on their own and end up flourishing. But it also realizes that they need help in this process of growth, that there are certain dangers to avoid and certain universal norms and values to embrace that will aid them in their life journey. What really separates the adaptive transmission of these norms and values from an authoritarian or permissive system is that adaptive parents at once have a clear idea of which norms and values best fit the objective reality of the human situation as such but also remain open to tweaking these norms and values to fit the unique, once in the universe individual in front of them. And they always remain open, as rational authority always does, to having these norms and values questioned.