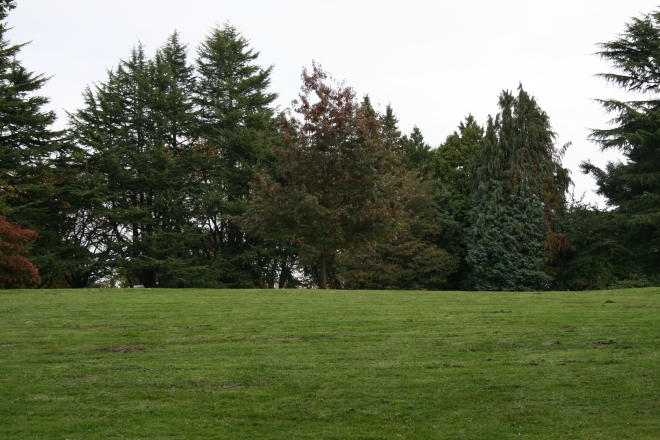 I observed some interactions amongst a grandmother and her two grandsons aged around seven and nine at a coffee shop. She is doing great as a caregiver and we will talk about the psychological concepts that back up this claim. Then we’ll look at how to improve upon it in order to help your kids understand complicated existential concepts in a simple, direct way at an early age.

The brothers were clearly excited to be at the coffee shop. Their voices were raised with gleeful enthusiasm. They brought some dominoes and other games to play. After hearing their raised voices for just a few moments grandma said in a kind but authoritative way “This is not a place to be too loud guys.” They both nodded, and as she walked away to get their snacks and drinks they both made a concerted effort to be more quiet, although it only lasted about thirty seconds. Then they started getting excited again and one of them dropped dominoes all over the floor. But it was clear that they were more aware of their surroundings than before. During the time they were left alone they did not just focus on their own play but looked around the room once in a while.

When their grandma came back, communication amongst them seemed loving and authentic. Everyone was smiling and the kids talked openly, clearly not worried about being censured or judged. At one point however, the older brother was about to blow the wrapper off of a straw. Grandma stopped him in the action by grabbing the straw and giving him a meaningful look, but there was no real chastisement or punishment and they went right back to the same atmosphere of openness and trust.

Here we have a very rough sketch of interactions between a caregiver and young kids. Most of the interactions are defined by love. At the same time many social norms and values are being instilled in an unconscious way. In psychoanalytic terms we are talking about the super ego, where social rules, tabus, and norms are internalized.

This is a good point in our conversation to talk about three distinct parenting styles. They are permissive, authoritarian, and authoritative. A permissive style pretty much lets everything go and does not provide a whole lot of rules or structure. The attitude is to let the child grow freely and unencumbered by unnecessary social rules. The authoritarian style swings to the other extreme and is obsessed with rules and directions. Growing up is like being in the military. Everything is regimented and not following the rules is punished. The authoritative style, on the other hand, uses rules that are fair and well thought out. Within these rules a child has freedom to act and think freely. This style blends the best of the other two styles without the negatives. There are some limits on behavior, but these limits are created to provide for the healthy growth and development of the child.

As you can probably guess the authoritative style of parenting has by far the best outcomes. By creating rules you are showing your child that you care, but the rules are permeable and move with his or her development rather than staying static. They are not selfishly imposed for sadistic reasons or to lower personal anxiety as is usually the case in the authoritarian mode. They also provide scaffolding and a frame of reference to act and think, unlike the permissive style. By knowing boundaries we feel much safer about exploring the area within those boundaries. Think about when a dog enters a new house, for example. It always has to go explore the outskirts first. It wants to get the lay of the land. Or imagine being dropped in the middle of a vast wilderness without a compass, map, or any other tool for providing direction. It would be extremely anxiety inducing, leaving you frozen and panicked.

The grandma from the coffee shop is using an authoritative style of parenting and the children are flourishing with it. They were happy, inquisitive, and in a mood to play games and learn. A day out felt to them like an adventure rather than a tense situation that could easily result in emotional or psychological pain. Some people at this point might wonder if she is the primary caregiver. This consideration is not that important for our discussion because interactions made it obvious that she is a major figure in their lives and her actions were the definition of good child rearing. It takes a village to raise a child.

Now let’s talk about how to take this already great parenting style to a whole new level by developing some of the psychoanalytic concepts expressed above and moving into some existential considerations. They were in a social place where cultural norms of polite etiquette dictated that no one be too loud or obnoxious. However, except for times when kids are purposefully misbehaving, usually their ‘misbehavior’ is really just curiosity and zest for life. They are creatively interacting with their environment, and when we instill values about being polite into the super ego it’s easy to forget that we might also be instilling the message that being your open, authentic, curious self is not okay.

In an instance where a child is violating a social tabu but at the same time joyously interacting with his environment, it makes a lot of sense to use the opportunity to help him or her see this existential reality in a concrete way. Horizons are expanded  without being made to feel like the desire to have authentic fun in the moment is wrong.

If I had been taking care of those kids when one of the brothers was about to blow the wrapping off of his straw, I would have said something like this:

“You know, no one here is actually sitting in the same room. See that guy reading over there? He thinks this place is a library and wants it to be quiet so he can concentrate. See that guy with his legs up sitting by the fire? He thinks this place is his living room and wants to be comfortable. See that lady making coffee over there? She thinks this place is her job, and she wants to make money so that she can pay for her rent. Even though we are all sitting in the same place, it’s a different place for every one of us. For you guys this is a place to have fun and be loud like at home. And it doesn’t bother me at all because I love seeing you guys play but it will bother some of the other people because they want it to be quieter.”

You are allowing kids to experience and concretely understand an existential reality that many adults are unaware of. It lets them move away from a narcissistic attitude where they are the center of the world to a more open attitude where the needs, desires, and personalities of other people are considered and respected. In this sense their play, laughter, and noise is not intrinsically bad or wrong at all. It just buts up against the needs of others on this occasion. You can encourage your kids to make up stories for some of the other patrons so that understanding this concept feels like a game. Have them try to decide which ‘room’ each person is sitting in. But then bring them back to reality and remind them how crazy it is that actually you are all sitting in the same room and different rooms at the same time.