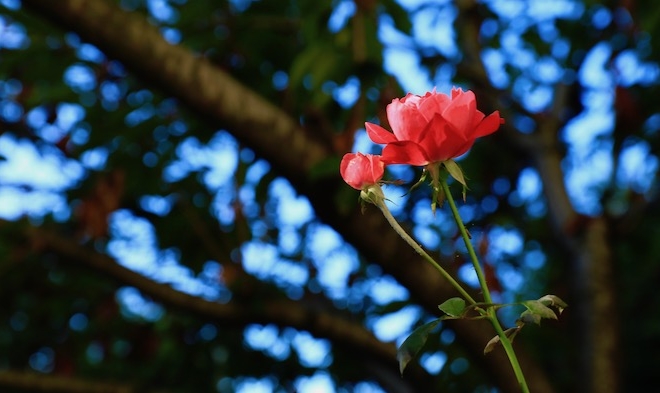 A powerful psychological motivation to produce and raise offspring, even though it’s not always consciously recognized, is the immortality project. Childrearing provides the unique opportunity not only to insure the continued survival of one’s own DNA but also to implant certain norms, values, and taboos for living, to pass on certain ways of being.

It feels reassuring to inhabit that role of godlike authority, to be in a position to mold another human being into desired specifications. The unconscious reasoning goes “If my child takes on my set of beliefs, personality traits, and behaviors then I will live on through my child. Death will not touch me.”

When we can understand this powerful unconscious pull we can better understand the intense reactions of many parents in the face of acts of disobedience. What is often, objectively speaking, the healthy yearning of the young child to individualize is subjectively experienced as a malicious threat to the immortality project. We want to make sure to clarify here that there are obviously countless occasions in which children need to follow the commands of their parents for their own safety and for the smooth functioning of the family system. But what we’re talking about here is an overly strong, we might say irrational, reaction to disobedience where the intensity of the response does not match the activating event that sets it off..

The irony in all of this is that when we think about what a healthy, productive person in the West is, being a free thinking, fully independent individual lies at or very near the top of the list. It is the good parent’s task to help the child individualize, to help the child become the fullest version of himself or herself, not to teach the child to conform. While conformity offers the balm of anxiety reduction it robs us of our greatest inherited gift, the gift of human freedom, the gift of the chance to become through our own efforts that which we are.

Many of us who enter into some power relationship where we inhabit the role of authority unthinkingly equate obedience with that which is ‘good’ and ‘right’ and disobedience with that which is ‘bad’ and ‘wrong’. Yet all we need do is look back on our own lives and development to see that real gains we made in our own growth and self-actualization were made precisely when we went against certain norms, values, or taboos that we became convinced weren’t serving us, weren’t adding to our happiness and fulfillment but taking away from them. To know whether obedience is ‘good’ and ‘right’ or ‘bad’ and ‘wrong’ we must analyze the content of the norm or value itself, we must trace a line back from the norm or value to the ethical system from which it springs. We must determine if the ethical system itself is good or bad. We must have an idea of what types of people various ethical systems tend to produce and if these people can be called healthy, happy, and productive of unhealthy, unhappy, and destructive.

Of course young children can’t be aware of any of the above. Their ‘bad’ behavior is not a conscious philosophical statement about life. But it is a philosophical statement about life nonetheless. Their acts of disobedience, even in the face of demands that seem reasonable from our perspectives as adults, represent that small, flickering light inside of them calling out “I’m an individual with my own personality, with my own wants and needs.” That light needs to be protected and cultivated, not stamped out.

Again we must stress that we’re not talking about letting young children run roughshod over their parents. We’re not talking about some sort of laissez faire system where anything goes. It’s necessary to set boundaries and have clear rules in the household. What we’re talking about is becoming aware of the untoward irrational reaction in the face of disobedience and tracing it back to the source. Maybe not in that precise moment of disobedience but in the grand scheme of things the continuing individualization of the young child is the whole point. Acts of rebellion are not necessarily abnormal or unhealthy but rather might be seen as a healthy and necessary element of the young child’s journey in becoming a mature, productive adult. The paradox is that if parents want to leave a true, lasting mark on their children the way to do it is to strive to create conditions for them to become fully themselves.