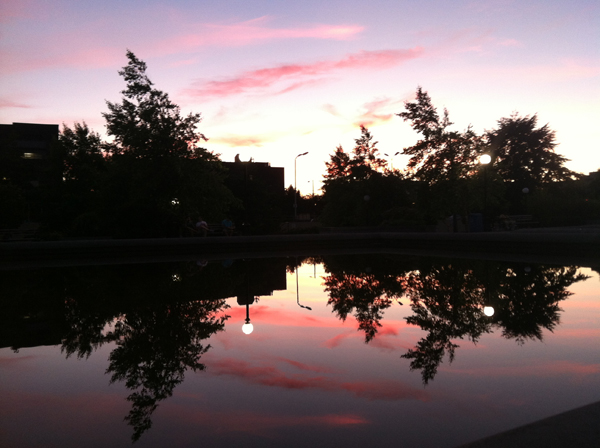 Alfred Slote And The Unconscious

I recently watched a moving ESPN 30 for 30 short documentary on an author in the twilight of his life reflecting on the now out of print children’s novel ‘Jake’ that he considers to be his masterpiece. It is rich subject matter for a psychological discussion. We have a man, Alfred Slote, struggling to make sense of the powerful unconscious forces and creative activity that brought his book into existence. The documentary gives him a chance to put his life and work in perspective. The opportunity to see a person struggling to make meaning out of a life where his greatest creative act has been out of print since 1981 and is largely unknown to the world is inspiring and tragic.

In this article we will discuss Slote’s process of writing ‘Jake’ and how it fits the psychological aspects of artistic creation said to be inspired by the collective unconscious and by unconscious factors in one’s own life and personality. Even though Slote was not trained as a psychologist, he was able to access his unconscious knowledge to paint an accurate psychological picture of a child who feels helpless in a hostile world due to uncertainty about his status with caregivers. You can watch the documentary and read the first two chapters of ‘Jake’ here.

Psychologists have proposed various definitions of the unconscious. Some, most notably Carl Jung, are concerned with universal symbols and the common undercurrent that runs through humanity. They bubble up into our conscious thought from time to time and appear to us in our dreams. Think of some archetypal symbols like a knight, a maiden, a flower, or flowing water. These symbols can evoke powerful emotions that are not really dependent on conscious thought or rational definitions. These symbols are preconscious and have meaning to us because they tap into our fundamental existential situation. In this sense the unconscious is thought to be shared by all of us and is part of being human.

Other psychologists, like Rollo May and Erich Fromm, don’t look at the unconscious as something that is physically real. They believe there is no such thing as ‘the unconscious’, and instead are concerned with dimensions of an individual’s personality and situation that are not yet in his or her conscious awareness. These unconscious factors will be different for every person and depend upon constitution, upbringing, culture, neuroses, and a whole host of other factors.

Whether you believe the unconscious is a shared or an individual phenomenon, you have surely had a thought that came to you out of the blue, or gained an insight in your life where all of a sudden you saw things differently. This is what we are talking about when we refer to the unconscious. These experiences lead us to the eerie realization that our conscious viewpoint of the world is often made up of fictions, half truths, and rationalizations. We have been socialized, acculturated, indoctrinated by dogmas and social mandates, and in the process have come to believe that our narrow viewpoint of reality is reality. Then the unconscious bubbles up and smashes apart these preconceptions, showing us a more pure and truthful version of our human situation.

Slote, like all great artists, relied on his unconscious to drive his creativity and write his books. He seems to have had a particularly poignant, religious experience in the process of writing ‘Jake’ that still affects him today. Let’s look at some of Slote’s comments to see how they fit with our discussion of the unconscious.

While talking about writing his masterpiece he says “It wrote itself from page one because the kid was real. ‘My name is Jake Rather. It probably doesn’t mean that  much to you and it doesn’t mean that much to me.’ When I wrote that line the kid took over the book.” He goes on to say a little later in the interview “When I start my books I don’t know where I’m going. I didn’t know where that book was going. I don’t even know why I wrote the book.”

All of this speaks to an unconscious process where he let his conscious, rational thoughts take a back seat to powerful forces operating within him that needed to be expressed. He gave himself over to the encounter instead of trying to manage the direction of the story. We see a person who, after a lifetime of reflection, still cannot explain what motivated him to write it or explain where it came from. The beauty is that he does not have to and in fact will never be able to. It came from a place that defies logic or explanations.

Here’s Slote with some brilliant commentary about how modern technology has impeded artistic creation: “There’s a very major difference between a typewriter and a computer. A typewriter is a writing machine and a computer is an editing machine, and the books that come out of a typewriter are very different than the books that come out of a computer. The process changes the product, because you have the chance to make things perfect as you go along with the computer, and there’s a real loss of innocence I think. ‘Jake’ wrote itself in six months. With a computer I would have taken two years to write ‘Jake’, because I would have been making it right as I went along and sucking the life out of it too.”

He refers several times to how the book wrote itself. This is a key realization for all artists who use their unconscious to create. There is usually a sense of humbleness, a feeling of being a medium rather than the prime creator, a passenger rather than the conductor. People talk about being in touch with something bigger, unknown, and mystical during these moments of pure unconscious creation. What we are talking about of course is the religious experience. We can see that he had one and still feels reverence for it and for the book that was its physical manifestation.