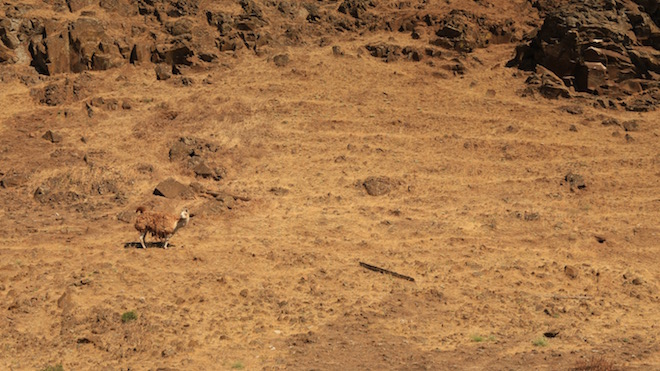 The movie ‘Inception’ is fun for fans of psychology because it borrows concepts from psychodynamic thought. Freud called dreams the royal road to the unconscious and many of the scenes deal with the clash between the lucid, conscious person in a dream and his or her unconscious. When too many aspects of the dream environment are manipulated by outside forces the unconscious revolts and seeks to protect the dreamer. The movie centers around the idea that extracting information is possible but implanting an idea is basically impossible.

In real life implanting an idea is ridiculously easy and it is done to people every day all over the world. Where the movie has it backwards is that changing consciously held beliefs and values is usually an exercise in futility, but using a person’s unconscious to implant an idea is not difficult. First think of any political conversation you have had with someone whose ideology was different. You probably both tried to convince each other of the validity of your own views and then left the encounter frustrated with the inability of the other person to grasp something so obvious. Your conscious beliefs were not influenced at all.

Instilling an idea is much easier when it satisfies unconscious drives, motivations, or desires. This is how advertising works. It’s not the actual product that is being peddled to you but instead the promise of fulfilling unconscious psychological needs like security, human connection, or lowered anxiety. In this sense your unconscious, rather than protecting you from outside forces as the movie posits, is actually your worst enemy.

Let’s discuss an example that almost everyone has experienced. Imagine that you are waiting at a crosswalk next to someone and the red hand signals that you are not supposed to walk. You are both standing there even though there is no traffic coming from either direction. If you start walking the person next to you will almost certainly start walking too. And there you have it. You have implanted the idea to walk even though it goes against social and legal mandates. You instilled a thought, in this case that it’s okay to break the rules, and prompted a resulting behavior. What probably happened is that the unconscious herd mentality was a more powerful motivator than the unconscious superego. There could be twenty people all waiting there and if you start walking they will all start walking too. We are not recommending that you try this experiment, but keep your eye out for it happening next time you are out and about.

Cults are another common example of brainwashing. From the outside it’s obvious that a group is a cult yet members inside of it are completely unaware of this fact. Unconscious psychological needs that find fulfillment within the cult structure are the reason that adherents are so blind to what is actually going on. Almost every cult has a powerful, charismatic leader who is able to influence behavior and beliefs. For people who have dealt with feelings of worthlessness since childhood the opportunity to merge with a stronger, Godlike presence who offers complete acceptance and guidance is tempting. A cult also offers a strong sense of community and purpose which combats unconscious feelings of existential loneliness and isolation. People with strong support systems who feel a sense of community with their friends and families are unlikely to fall victim to a cult because these psychological needs are already fulfilled for them.

The only sure way to protect yourself from brainwashing of all kinds is rigorous self-reflection in order to allow the unconscious to become conscious. It’s a sad irony that a person who keeps a tight lid on his or her own unconscious is the most likely to be influenced by outside sources.