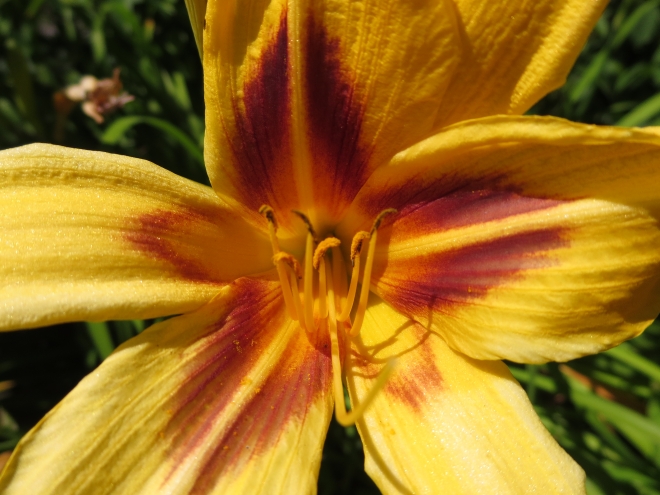 Some psychologists conceptualize depression as anger turned inwards. One of the reasons we like discussing this idea with clients is that it adds a certain nobility to the situation and can instill a sense of pride and meaning where before there was just hopelessness.

You’ve got to do something with this anger, to express it in some way because it’s eating you up inside, but you don’t want to harm the people around you, to force your loved ones, friends, and acquaintances to shoulder a burden that you know is yours. So you turn your anger upon the only other available person: yourself.

There are plenty of people who go the other route, and you probably know some of them. They blame everyone and everything for their problems, they lash out at those around them, making these unfortunate victims receptacles of their anger. This is why we said there is a certain nobility to depression, because you are trying to save the people around you from suffering.

If the anger turned inwards paradigm seems to fit, you’ve got to realize that there is a third option, which is coming to recognize the source in order to make the necessary life changes so that there is no longer any need for your anger. The evolutionary reason for anger is that it’s a motivating force, making you quick to act, energized to protect your interests. But when you turn your anger inwards what ends up happening is that you don’t act, you become stuck in a downward spiral where inaction is the general state, as anyone who has suffered from depression can attest.

It might be useful to come to the philosophical realization that your depression is hurting everyone around you too, just in a different way than making them the receptacles of your anger would. There is probably a very good reason why you are angry, some element of your life or some relationship that is causing it, and if you can honestly pinpoint where the hostility is coming from you’ll put yourself in a much better position to resolve the situation than your current approach, which is basically to treat yourself like a punching bag.