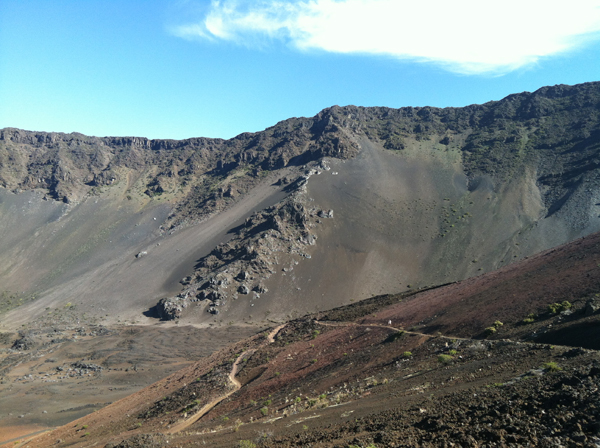 Your anger can be a gift or a curse, and it all depends on you. Many come to therapy on their own or are referred by someone else because they are labeled as ‘angry’ and either want to change or are urged to change by those close to them. But the idea of an ‘angry person’ is hogwash and ignores the existential situation. Anger, like every other emotional state, is a symptom of your engagement with life rather than the root of your character structure. You are not your emotions. You can experience them and react to them as you see fit, and if you can summon up the courage to objectively view your life and relationships you will quickly discover why you spend so much time inhabiting one emotional state instead of experiencing the full spectrum.

Many situations demand anger, and it can be quite healthy and productive in these cases. Of all of the emotions, anger is probably the one that most strongly calls us to action in order to effect change. When we feel angry we are usually quite motivated to do something about it. We are driven and focused. Some common causes of anger include feeling wronged, seeing injustice, being the weaker party in an unfair power structure, or feeling a sense of impotence in some aspect of life. This sense of impotence may occur on an unconscious level and be compensated for by outward bravado or confidence. What we repress, we tend to show in equal and opposite force to the world.

All of the situations above call for the response of anger and feeling it is psychologically healthy. It would be pathological to have a sense of pride or be happy about injustice in the world, for example. For most people the issue is not feeling anger, but instead how they express it that causes problems. It is often directed towards a person who does not deserve it.

If you feel angry all the time you probably have a conflict at a core existential level that has not been resolved and is left hanging. Instead of addressing this difficult part of your life and using your anger to change it, you find excuses to unload on friends or family members and feel a momentary sense of relief as you are able to freely express your rage. But your central issue remains unchanged, so it makes sense that before long your anger will return, only to be unleashed on another undeserving victim.

This pattern can continue indefinitely, and this is probably the secret to why some people are labeled as ‘angry’. They spend most of their time inhabiting this emotional state since the part of their lives that they are truly angry about is never fixed or even addressed. If you spend a lot of time feeling angry, ask yourself a couple of questions. What kind of friend has anger been to me? What kind of friend has anger been to the people I care most about in my life? Who is more important to me between my anger and the people that I love?

It takes a lot of courage to look inwards and discover the true source of your anger, because doing so will probably make you feel powerless and exposed, which are the very feelings that drive you to express your anger in other areas of your life in the first place. But finding the true source is essential if you want to stop being angry all the time. Most advice about how to deal with anger, like counting to ten or concentrating on your breathing, is reactionary and completely ineffective. It ignores your existential situation and neglects the deeper issues. Use your anger to activate and then change the part of your life that actually needs changing instead of ruining your relationships by directing it at people who don’t deserve it.