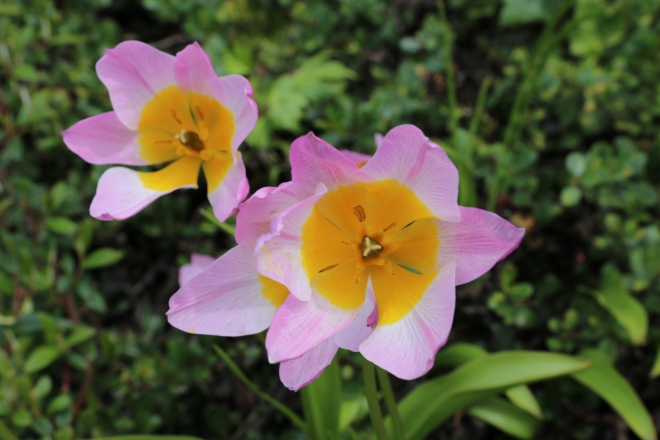 All of the great teachers throughout the ages have taught that greed is a major stumbling block on the path to well-being, and most of us know from our immediate experience that those whose greed is insatiable are the most unhappy among us, so how could it be that with all of this theoretical and practical information at our disposal greed still runs rampant in our modern world?

There are too many psychological factors to list here so we will focus instead on just the evolutionary component. Homo Sapiens diverged from Neanderthals about 200,000 years ago, and as you probably already know we humans are homo sapiens. The world was much different then, and although our plastic brains allow us to develop somewhat differently to respond to our modern environment, our biological apparatus remains largely unchanged. If you had been born 200,000 years ago you would think, talk, and act like a caveman, and if we could magically transport a newborn baby from 200,000 years ago here today it would learn to think, talk, and act like us.

The dilemma we face in our modern world is that technology is moving a lot faster than our evolutionary hardwiring can keep up with. Functionally speaking we are cavemen living in a technological world, and this fact presents certain challenges for how we respond to the stimuli in our environment.

In the case of greed, the most direct explanation is that it’s thanks to the scarcity of resources that were available to us in our evolutionary past. When our ancestors were struggling to survive in nature, fighting tooth and nail on a daily basis, basic resources were a lot harder to acquire and hold on to than they are today. This led to natural selection favoring a cognitive bias where the more difficult it was to acquire an item, the more valuable that item seemed to be, and humans probably stockpiled them as much as possible. Wouldn’t you?

Fast forward to today, and what most of us face is artificial scarcity, created and inflated by clever advertising and the capitalistic machine. The majority of us get our basic needs met and a whole lot more, but it still doesn’t feel like enough, especially in a society whose underlying values are competition and consumption. So we keep playing the game, fooled by our cognitive biases into believing that both happiness and the cessation of anxiety are achievable by stockpiling as much wealth and as many possessions as we possibly can. Everyone deserves to live a comfortable, dignified life, even a life of luxury. It’s not like there is anything evil about money or possessions in and of themselves, and in fact a certain standard of living is conducive to our self-actualization and happiness. The problem is banking our well-being on just these externals instead of treating them as vehicles for other nourishing pursuits.

If the greed solution worked then the greediest people you know, those people who can’t stop stockpiling possessions and wealth even at the cost of everything else in their lives, would be the happiest people you know, not the most pathetic and miserable. Actually there seems to be an inverse relationship between greed and happiness, where those who overcome their greed feel free and light, unburdened by the compulsion to acquire or consume ever larger amounts of goods and services. The enlightened among humanity have known and taught this fact for thousands of years but people keep falling into the same trap anyway, and I guess humanity will continue to do so until we wake up or until natural selection starts to favor other traits.