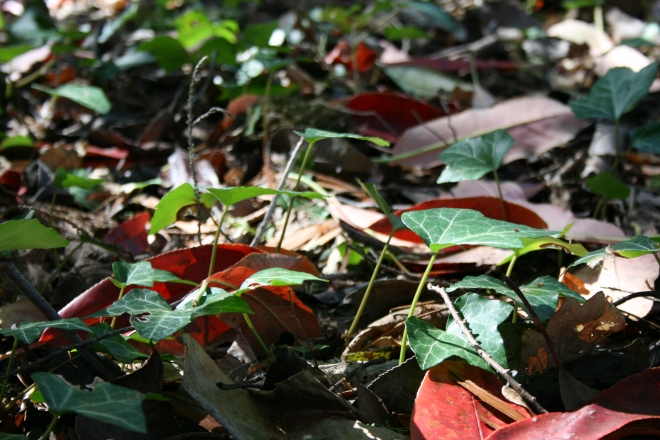 Go Back To Nature

“In every walk with nature one receives far more than he seeks.”
– John Muir

Many of us living in modern technological times feel alienated from the natural world, as if it had little or nothing at all to do with us, and in actual fact many of us live completely separate from nature except for strolling through the occasional park or experiencing an intense natural event like a lightning storm. From an existential standpoint the moment humanity transcended nature was the moment consciousness arose. With consciousness came the ability to make conscious choices about how to live and be in the world instead of playing our part in the ecosystem like every other organism, slaves to evolution.

Humans gained a great deal by becoming aware of themselves and it was a necessary step in our development as a species, but we lost a great deal too. We lost the comfort and security that come from knowing your place in the world and knowing without question, on instinct, what it is you need to do. All attempts at building civilizations, all cultures and societies, can be seen psychologically as attempts to fill up the gaping hole that was created when we took ourselves out of nature, where the main question became, “Who am I and what am I supposed to do with my life?”

The stages in humanity’s relationship to nature from primitive to technologically advanced can be seen as starting out with awe and reverence, becoming adversarial, then triumphant, and finally disinterested and apathetic. What technologically advanced societies need to do is come full circle and get back to the awe and reverence except on a higher plane. What we forgot in our feelings of triumph and later alienation is that we are still connected to nature and the universe in a fundamental way, and actually we are nature and the universe since our bodies are made out of their elements. The idea of having transcended nature, while useful as a tool for conceptualizing human psychological development, is at bottom absurd because transcending nature is absolutely impossible and we are ultimately still subject to its rules. Foremost among these rules is that change is inevitable. Even if we were to project humanity into a future where we have populated the cosmos and are no longer dependent on planet earth for survival, at some point trillions of years from now all of those planets will become inhospitable too and indeed one day the whole universe will collapse. Triumph over nature is ultimately impossible because we will always be subject to its laws.

Many of us in the modern world living in large cities have a nagging sense of being incomplete and a major reason for it is that we are physically and spiritually cut off from nature. Muir says that ‘In every walk with nature one receives far more than he seeks’ and one of the things we receive is that feeling of oneness, that sense of being a part of something bigger and not separate from it, a deep sense of ‘rightness’ that doesn’t need any words. We are really fortunate in the United States to have preserved vast tracts of wilderness in the form of national parks, and these areas afford all of humanity a chance to get back to nature and in the process complete the cycle to come back to feelings of awe and reverence, and with these feelings the knowledge that while we have transcended nature in the psychological sense we can never transcend it in the physical sense. Being part of it we must treat it with the same respect and care that we treat ourselves.