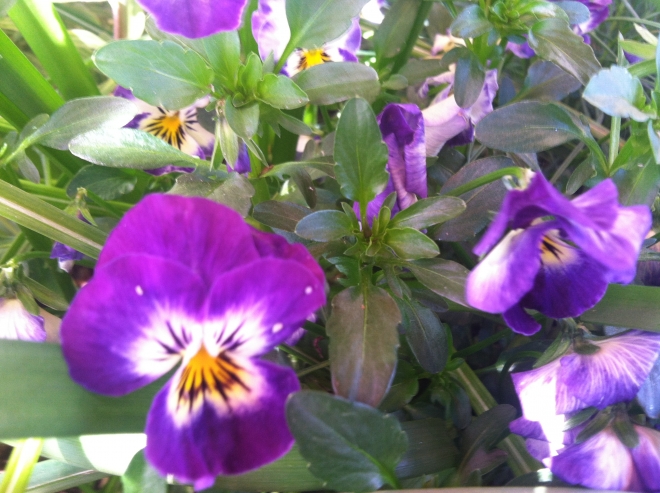 We are going to talk about some psychological ideas and tips for helping children deal with tragedy. In the wake of the Boston Marathon bombing, where many children were affected, it’s important to create a safe space to help your kids process what happened, as is the case after any tragedy. Here is a good, simple list pulled from an infographic on Pinterest .

-Turn off the T.V.
-Tell them that they are safe
-Share feelings
-Listen
-Draw or write
-Talk and hug
-Focus on the helpers
-Tell the truth (appropriate for age)
(Source)

Probably the single most important consideration to keep in mind is that a tragedy like this makes us feel powerless, and kids are already powerless and dependent in almost every conceivable way. This state of affairs might not always seem fair but one thing that is implicitly promised is that adults know what’s best for them and will keep them safe.

This is one reason why tragedies, especially those that involve injuries and deaths to children, can rock kids to their core and result in some really painful symptoms that remain largely unconscious if they are not processed adequately. Most kids don’t really have the vocabulary or developmental maturity to voice the existential concept of powerlessness but it’s still an experiential reality for them.

The simple act of turning off the television is a good start. It shows your children that you consider what happened to be important. You convey to them that it’s okay to be worried, emotional, or whatever they are feeling. Remember not to try to put feelings into them but to let them feel and express whatever is already there. Reassuring them they are safe is important because like we talked about one of the implicit deals in being a child is that adults will keep them out of harm’s way. .

Also depending on their developmental stage, most kids will be incapable of conceptualizing how rare an event like this actually is. What they know is that it happened in the U.S. and it could happen to them. It’s always a good policy to just be honest and frank. Say that we can’t always avoid tragedies in life but the chances of another bomb going off near them are tinier than an ant.

It’s okay for you to share how you are feeling if you’re having a hard time pulling anything out of your child. I recommend going the powerless route. You can say how much it scared you to think about losing the people you love and not being able to do anything to stop it. But follow your heart and let them know how you are really feeling, always keeping in the background that they are safe now. The event is in the past and cannot harm them. You really can’t say this enough times, especially if your child is in elementary school, and it’s better to say it too many times than too few.

I have done art therapy with kids of all ages and it’s a great way to help them access thoughts and emotions that aren’t readily available through language while honoring their experience and encouraging creativity. The most important ingredient to make it work is your curiosity. Make sure your child has a wide array of colors to choose from. Delve into the details of the picture, realizing that no detail is too small and what you might consider unimportant could be of vital importance. Focus on facial features of characters in the drawing and let your child tell you a story about the various objects. Also focus on colors and ask them about which colors go with which emotions. The idea is to not consider it a static picture but a living, breathing narrative that can grow and change. Depending on the creativity of your child it can turn into a full picture book that tells the story of what he or she experienced or the fictional story of what others have experienced in the last few days.

Don’t forget to hug your kids and tell them you love them. The silver lining of any tragedy is that it’s a palpable opportunity to move closer together as a family, reevaluating your priorities and remembering what is truly important. Focusing on all of the helpers like doctors, paramedics, and the community at large is a way to remind them of all the good there is in the world.