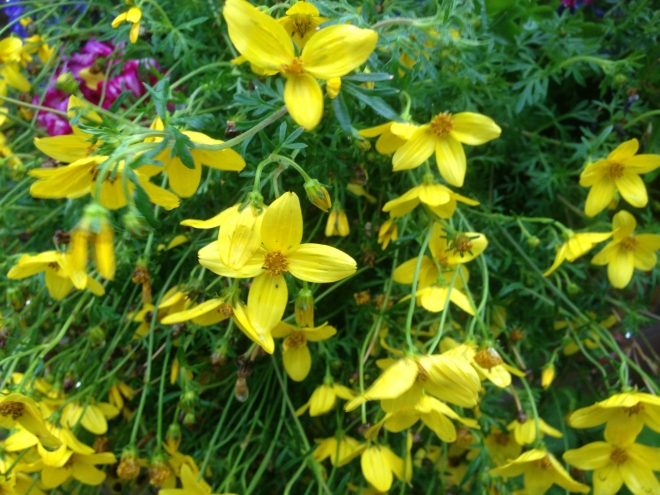 Everyone knows in their bones that without community, without at least the possibility of one other person to make the act of communing possible, life would not be worth living. We have to share what is inside of us, to bridge the gap of aloneness that is our human destiny as sentient organisms who are separate from one another physically and psychically, to mold and be molded by our environments so that we feel our lives have meaning. Solitary confinement is hell. Actually the Catholic definition of hell is the absence of God, and if you consider God to be community you can see the ideas are one and the same.

That’s why it is so tragic that dictatorial regimes have stolen and perverted the word communism to make us believe that communism is a state of authoritarian control, that community is something to be wary of, suspicious about. We look upon regimes that call themselves communistic and see a total lack of freedom for people to be able to think, speak, and be as they wish, bowing down to the demands of the party and making themselves subservient to it.

What a strange state of affairs when the author’s ideas are applied in polar opposite from what he actually wrote and thought, from what he believed a just world and the good life were. Actually the United States is probably the country that has come closest to Marx’s ideal, affording people the most freedom so far in history to be who they want, think what they want, and pursue their dreams without class roadblocks, at least in principle. But the problem is that along with freedom came the idea of competition, that if everyone is free it means that everyone is ultimately at odds with one another, at least economically speaking, and that it’s perfectly justifiable to use another human being for your own ends and profit, to treat him or her as a cog in your machine. This sort of setup limits human freedom too, because it makes people serve purposes outside their own, denying them the chance to self-actualize and follow their own unique path.

People love community and couldn’t do without it. The families and extended families, the close friends, the people who provide support and encourage the best in you, the barbeques, the late nights and parties, having a blast out at the lake, feeling like you’re really understood and that you understand these people too, all the laughs and all the good times. It’s the feeling of belonging. When we expand our definition of community, which is really another word for family, to include all of humanity, we have a pretty good framework for how both Marx and Erich Fromm saw what a good society would look like. You don’t rob, cheat, or use your brothers and sisters, and if you do there is something strange about that. You don’t just take from your family, but you are really concerned with other members’ growth and happiness too. A family mourns together and celebrates together. The perfect scenario is where everyone is thriving. Talents and abilities are recognized and rewarded, and people feel like they deserve the right to explore their passions to find meaningful, productive work that enriches their lives. What we are talking about is a healthy family, and a healthy family on a large scale is a healthy society.