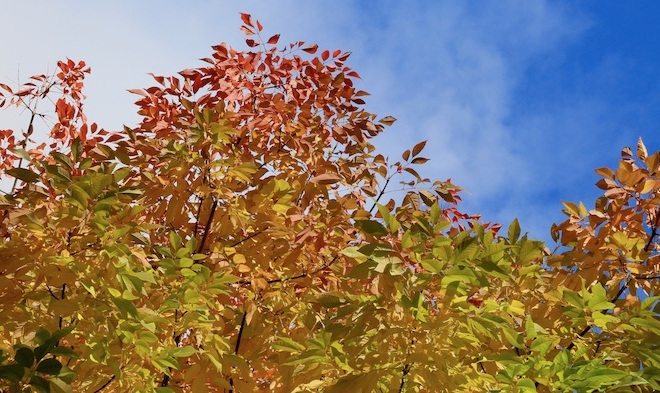 Moving on in a Healthy Way

The Nature of Existence is Impermanence

Given that the nature of existence in general and human existence in particular is impermanence we shouldn’t get overly comfortable with environmental conditions to which we have grown accustomed since sooner or later they will change.

But whether we want things to stay the same forever or desperately want them to change many of us aren’t very good at moving on in a healthy way. Especially when our childhoods were marred by abuse, abandonment, or other traumas we might have a sort of unconscious scorched earth policy when it comes to parting ways. It’s as if we’re compelled by some powerful force beyond our control to burn all the bridges, to say and do destructive things to the people and environments we’re leaving behind.

In a psychoanalytic context we might call this destructive behavior repetition compulsion, where at the first hint of instability in the system we force events to play out in similar ways as they did during old periods of instability, except this time it’s us pulling the levers.

In an existential context we might call this destructive behavior an unconscious way to deal with the pain of mortality by being the ones who deal the final death blow instead of being the ones who are dealt the final death blow. Confusing thoughts and feelings around death always arise at the prospect of significant environmental change, existential anxiety always arises at the prospect of significant environmental change, since the old and known must make way for the new and unknown.

Regardless of the theoretical angle we take, and both of the above explanations are true to some extent, at bottom it all has to do with power and powerlessness. Saying and doing destructive things in the face of changing circumstances is an unconscious way to try to assert power as a compensation for the creeping feeling of powerlessness. Because even if the change is purely our own choice trading the old for the new means exposing ourselves to countless new unknown variables, variables we can’t necessarily predict or control, which threatens our sense of efficacy and power. Some of us make the mistake of lashing out at the people and environments we’re leaving behind as a way to regain a sense of control, as a way to transfer the sense of powerlessness to somebody or something else so that we can feel powerful once again in the face of the new and unknown.

Moving On in a Healthy Way

Moving on in a healthy way starts and ends with becoming consciously aware of the feeling of powerlessness creeping up within us when confronted by new and unknown environmental conditions and deciding not to take the discomfiting feeling out on the old and known environmental conditions we’re leaving behind. Instead of falling victim to repetition compulsion or mortality fears we can access the energy of mindfulness to do it right this time, to treat the old environmental conditions and people in them gently and with compassion. And in a practical sense burning bridges is never a good idea since we never know if and when we’ll want or need to come back to the place we thought we were leaving for good.