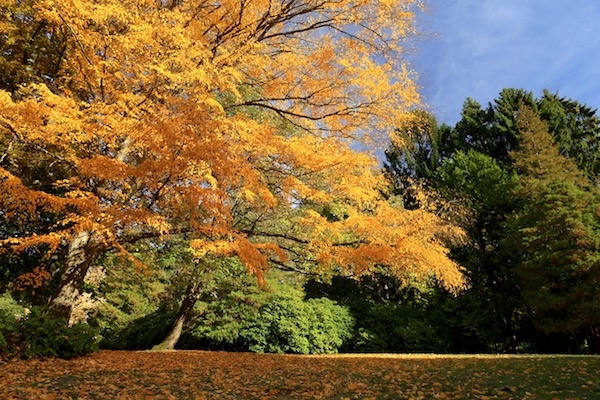 Protecting Against the Dreaded Outcome of Abandonment

We have written about how people who were abandoned in childhood tend to behave in ways detrimental to the health of their intimate relationships in adulthood, although in their minds these behaviors are meant to protect them from further emotional damage, meant to prevent the abandonment situation from repeating itself.

Controlling behavior certainly falls into the ‘detrimental’ category. While it’s enacted precisely to try to keep people from leaving, partners and other close relations can easily get fed up with living under what they perceive as tyranny and respond by withdrawing or leaving altogether, which is of course the dreaded outcome that the controlling behavior is meant to avoid. So controlling behavior is yet another example of the paradox of abandonment.

We can easily summon up empathy and compassion for adults who were abandoned in childhood and can’t seem to keep themselves from trying to control the Other when they feel the intimacy thermostat heating up. For them, control is associated with power, no control with powerlessness, and in the original trauma that remains alive in the psyche to this very day powerlessness resulted in an unthinkably bad outcome, it led to abandonment by the godlike figure and to the sense of unworthiness and unlovability that resulted from this abandonment.

The unconscious or conscious association for an adult who was abandoned in childhood and is now highly concerned with control in intimate relationships is something like “As long as I am able to exert my will over this situation, as long as I’m able to make environmental variables align with what I want, the dreaded outcome won’t come to pass, abandonment won’t come to pass. The dreaded outcome will come to pass, abandonment will come to pass, If I cede control, if this person is free to say or do anything. No control equals a bad outcome, control equals a good outcome.”

Of course we all know from our own experiences with people we perceive to be controlling that the exact opposite from the above is the case. We’re drawn to and want to be around people who let us be ourselves, who accept that we have different thoughts, feelings, drives, motivations and opinions than they do and accept that these thoughts, feelings, drives, motivations, and opinions might just be valid,. We’re drawn to people who let themselves be molded by us sometimes, who let situations unfold organically, who enjoy a certain degree of comfort with change and uncertainty. We feel free around these kinds of people and, paradoxically, this sense of freedom is what makes us feel good about allowing those little invisible threads to be woven between us and them.

The Feeling of Being Oppressed Leads to Rebellion

But when we start to feel suppressed, oppressed, controlled, censored, pushed and pulled this way and that, we rebel. Sooner or later we decide we can’t live under those conditions anymore, we can’t keep allowing our freedom of thought and freedom of expression to be compromised for no good reason, and we withdraw or leave the situation completely.

The thing for those who were abandoned to understand as fully and completely as possible is that the original trauma, the abandonment, had little to do with them and everything to do with the psychologies of their abandoners. They’re not unworthy or unlovable, and the primary caregiver never was a god, never was an all knowing judge with the capacity to bequeath worthiness and lovability or unworthiness and unlovability on anyone. The primary caregiver was a flawed individual with many issues to sort out, and these issues, probably including the feeling of being unfairly tied down, suppressed, and oppressed  by the new environmental situation, were used as a rationalization to shirk the inherent duty of a primary caregiver. We can of course summon up compassion and empathy for the abandoner too but that’s not who this article is geared towards. It’s geared towards the abandonee and the intimate relations of the abandee in adulthood.

Controlling behavior in intimate relationships seems necessary to the abandonee now because it was precisely the lack of the ability to control anything or anyone in childhood that led to the tragic outcome of being abandoned, that led to being cast out of paradise, that led to the deeply painful sense of being unworthy and unlovable.

The insight that controlling behavior makes the dreaded tragic outcome more likely, not less likely, to repeat itself now in adulthood can help adults who were abandoned become determined to change their controlling behavior. They can realize that changes of all kinds will continue to happen to them regardless of how much control they’re capable of exerting over their environments, and just as importantly they can see that in their own lives many changes they were powerless to influence have actually led to desirable, wanted outcomes. Not the original trauma obviously but many times since then. They can start to mindfully notice the felt compulsion to exert control in the moment, especially when the intimacy thermostat starts to heat up, and they can decide to resist that compulsion. They can even share what’s going on with the intimate Other in the moment, not by stigmatizing themselves but by saying something like “I’m working on this area of my life, I’m determined to let things unfold more organically than I have been, to try to control what’s going on less than I have been, and I’d love your assistance with that. I’m determined to help our relationship be a place of spontaneity, joy, freedom, and safety.” Who among is going to say no to that proposition?