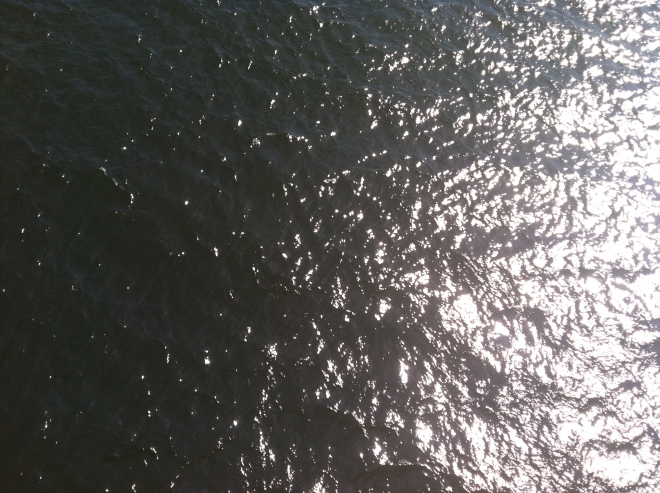 The law of interbeing says that everything is connected to everything else. Consider the commercial airplane flying through the sky. This plane is made up of many non-plane elements. Some of them include the designers who planned it, the builders who built it, the gasoline that runs it, the materials used to construct it, the pilots who fly it, the passengers who ride in it, and the air that surrounds it. When we see a plane we usually do not consider these and many other non-plane elements, but without them the plane could not exist.

Interbeing makes us see our place in the universe, our relationship to nature, and our relationships to each other differently. The same life force that runs through you runs through me and through all other living beings. We are all connected in a complex web. A lot of people think the theory of evolution destroys spirituality but it doesn’t have to and in fact Buddhism embraces it since it fits well within the Buddhist philosophical system.

We share the oldest parts of our brains with reptiles and many of the newer parts with other mammals. Our neocortex has taken us one step further and made us the most intelligent life forms, but the neocortex could not exist without the older parts of our brains, our bodies, the elements from nature that feed our bodies, and the universe that created and houses our planet.

When we harm nature, animals, or other humans we are harming ourselves, not in a figurative sense but in a literal sense. The Western scientific approach tends to see each object as a discrete entity independent of every other object. Interbeing sees the world from the other pole.

Thich Nhat Hanh talks about a simple conversation he had with nature that captures the concept of interbeing. He said “Can I trust you nature?” and nature replied “Can I trust you?” He thought about it and said “You can pretty much trust me.” To which nature responded “You can pretty much trust me.” We are nature, and nature is us. The separation we make in the modern world is arbitrary, and if we adjusted our thinking we would start treating the world and each other much differently.