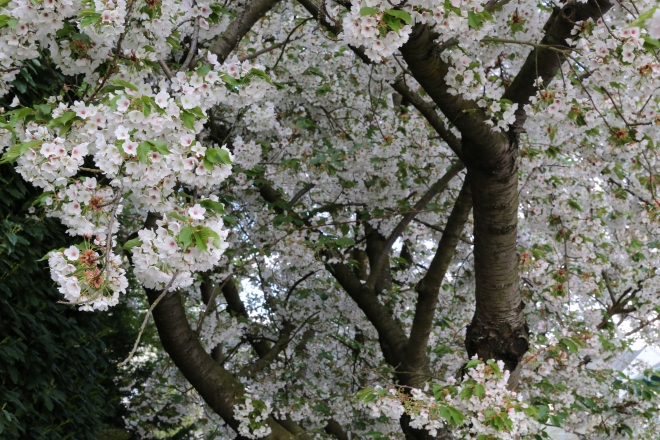 Something’s not working the way you need it to, or someone’s not acting the way you want them to, or the situation’s not coming together the way you hoped it would. You try to keep cool, calm, and collected but feel that pressure mounting, and before you know it you’re losing your shit.

Yeah you get some temporary relief; we’ve all been there. It feels good to unleash what’s inside of you, transferring it onto an object in your environment so that you don’t have to deal with it anymore, but losing your shit is not a long-term solution because it doesn’t address the underlying problem. If it did you wouldn’t find yourself in the same spot all the time, constantly trying your best to keep it all in before finally erupting.

Thich Nhat Hanh uses the potent image of a cabin in the woods where there is a malfunctioning stove that creates billowing black smoke. One way to address the problem is by opening up all the windows so that the smoke can vent, but it’s a poor solution because you’re only dealing with the symptom, not the cause, and until you actually fix the stove that black smoke is going to keep on billowing.

The specific life circumstances that make people lose their shit can be wildly different but from a psychological point of view they’re all basically the same in that the real issue is about control. As long as the situation is completely under your control and everything is working the way you want you’re fine. It’s only when this control starts to slip through your fingers, when you start to feel powerless, that frustration mounts. Within this paradigm we can see that the act of losing your shit is an attempt to regain the control you are losing, or at least punish people or objects in your environment for their insolence.

The paradox of course is that losing your shit might make you feel powerful but actually you are completely out of control in that moment, a slave to your emotions. If you are concerned enough about control in your daily life that losing your shit is a common occurrence, you’ve got to see the irony of a situation where that very act forces you to hand over your last vestige of control and become completely powerless.

There are a lot of therapeutic routes to transformation, but the one I like best is mindfully coming to your breathing any time you feel that pressure starting to mount. We are not talking about counting to 10, holding your breath, or any of those other decidedly unhelpful strategies out there, but about a consistent and sustained effort to make mindful breathing a part of your daily life and therefore a sort of safety valve for you when those all too familiar feelings start to bubble up. The beauty of mindfulness is that you’re not trying to change how you’re feeling, and in fact you’re doing the opposite. You’re mindfully embracing your emotions, inviting them into your conscious awareness through the vector of your focused breathing. You can say something to yourself like “Hello old friend. I feel you bubbling up once again. Come sit with me for a while as I breathe.”

This conscious interruption, when practiced regularly, will make losing your shit less likely because mindful breathing puts you back in the driver’s seat, as the entity in control of emotions instead of the entity controlled by them. Since control is important to people who tend to lose their shit, they usually take to this idea like fish to water, but the important aspect to remember is that this is a different kind of power. It’s healthy power because it’s based on acceptance, letting your emotion in instead of trying to suppress it before finally unleashing it.