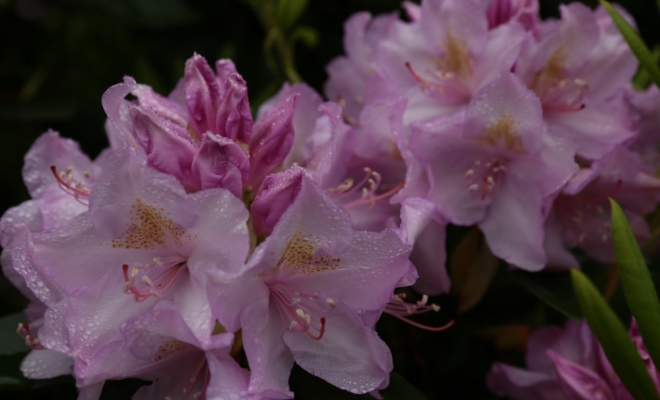 Narrative Therapy And The Power of Story Telling

Human beings are story tellers.  Think back to your childhood and you can probably remember being captivated by a ghost story before bed or a tale told around the campfire.  Since the days of the caveman knowledge has been transmitted orally.  Indeed, in the span of human history information transmitted in written, analog, and digital forms represents only a tiny segment.  Narrative story telling is hardwired in our DNA and persists today, creating the backdrop of how we perceive ourselves, and our family, work, and social relationships.

There is nothing inherently wrong with storytelling.  The positive aspects of culture from the micro-level of family to the macro-level  of civilization are attributable to the symbols, stories, and histories that shape the way we see ourselves.  However, many of us grow increasingly dissatisfied with the labels and stories told about us and the role in which we feel trapped as a result.

Let’s imagine walking through a typical high school hallway during a break from classes.  Even if we try to avoid doing so, our need to categorize will probably lead us towards seeing “jocks”, “nerds”, “cheerleaders”, etc.  Whether you like it or not, you are also labeled, although probably not so clear-cut, and the narratives told about you shape the way your family, friends, and co-workers experience you as a person.

All encompassing words like “nerd” are damaging because they cut off many other aspects of the personality and subsume them under one overarching personality type.  Think of a pie chart.  If you would like to do an exercise to make the experience real grab a piece of paper, make a circle, and fill in slices that correspond to the importance you place on your various characteristics.  For example, you might consider yourself a lawyer, father, musician, funny, smart, and analytic.  Try to be honest with yourself and choose as many or as few words and phrases describe you.  How would you like it if a group arbitrarily decided that one of your slices represented the totality of who you are?  Or if it was decided that none of those slices are part of who you are?  How many of the slices came from how you perceive yourself verses how others perceive you, and  is there a difference?

When we are labeled with an all-encompassing word, whether we like the label or not, important aspects of our personality and the potential for new ways of relating and being are denied.  It is ironic that we are usually so quick to categorize others yet usually hate it when the same is done to us.  Think about when someone close to made a global statement about your personality and how it made you feel.  For example, they may have said “you are selfish”, or “you are naive”.  You instinctively want to fight against such a statement because aspects you know to be true about yourself are precluded.  In the case of being selfish, you might be able to think of numerous times when you put another person’s needs above your own.  Why are those examples not part of the narrative story being spun about you?

It is easier to go with the flow when global statements made about us seem positive.  For example, someone says “You are so generous”.  It sounds like a compliment, and is probably meant to be one.  However, this global appraisal at its root creates the same danger because important parts of our personality are denied.  There are times when self-preservation and looking out for oneself are extremely important.  Someone who is known as “generous” is just as trapped as someone known as “selfish”.

Part of the glory of working in a narrative framework with clients is that the therapeutic relationship can focus on constructing a new narrative, using actual historical data as the base for that narrative that has been previously overlooked or distorted.  We can pull behaviors and interactions from a wide array of experiences to challenge the dominant story told about us and put into motion an alternate story.

Of course, changing a dominant story about ourselves can be an arduous journey.  All of us know about the power of first impressions.  Sayings like “you never get a second chance to make a first impression” are part of our culture.

However, let’s think about how absurd such a maxim really is.  First of all, if you are trying to make a “good” first impression, then you are probably not being your authentic self, but instead a version of yourself that you want the other to perceive.  Second, why should one interaction have more weight for appraisal of a person’s character than any other interaction?  Should not each interaction be judged based upon its own merit?  Could you really argue that someone who performs a “kind” act upon first meeting someone and follows up with five “malicious” acts should be considered kind?  If your answer is no to the previous question, then why do we categorize so many of the people we know based our first encounter, and insist upon that perception in spite of evidence to the contrary?

In my practice I have worked with teenage boys who were categorized as problem children by their parents, teachers, and many other institutions to which they were exposed.  Evidence of their problem behavior was everywhere.  A standard case would usually involve multiple suspensions for being disruptive or threatening violence in the classroom, refusing to follow directions of parents at home, getting into physical fights with classmates, and a variety of other behaviors.  Now, the evidence of these clients being “problem children” or “bad” seems prevalent.

Working with these kids not only showed me the power of narrative therapy, but also acted as a turning point for the way I formulate cases and work with those whose character attributes appear to be purposefully negative or self-sabotaging.

I asked a client to do an experiment for me during the therapy hour.  Incidentally,  I got his permission to recount his case in this article and have left out his name or any revealing details about his life.

I directed him to draw a line down the middle of the whiteboard.  Then, I asked him to write on the left side of the whiteboard all the characteristics and attributes that he believed described himself.  I then told him to imagine that he could take a space rocket through a wormhole to the fictional planet Zurgon 6.  This planet is nearly identical to our own and is populated by beings that look and act similar to us.  He could have a completely fresh start and be any person that he wanted to be.  I asked him to write on the right hand side of the board the attributes and characteristics he would choose for himself.

On the left side, where he wrote words and phrases that described how he perceived himself, were words and phrases like mean, bad tempered, stupid, and hard to get along with.  These were also words that defined his dominant narrative.  They showed up in one way or another in the case reports I read, interviews with teachers, and discussions with parents. We have a psychological example of the conundrum of what came first between the chicken and the egg.  Had my client helped shaped the dominant  narrative about himself , or had the dominant narrative forced him into a narrow role where negative character attributes seemed the only available to him?

I asked him to write the words and phrases describing what he would be like on the planet of Zurgon 6 and I really did not know what to expect.  Some of the words he wrote were cool, nice, funny, and smart.  I still get goosebumps thinking about it.  Despite seeming evidence to the contrary,  the person he wanted to be included positive, caring attributes.  We have a tendency in the United States to view ourselves as having all the power to shape who we are, to “pull ourselves up by our bootstraps”, and in the process neglect to consider how our behavior is profoundly influenced by the needs and demands placed upon us by others in our lives.  He was given the opportunity in therapy to view his situation from a different angle and he ran with it.

We resolved together from that point forward to use the characteristics present on the planet of Zurgon 6 as a guidepost for how to construct a new story.  I promised to be vocal about every time in a session where I noticed him exhibiting a trait from his preferred list.  I also reminded him of encounters we had already had where he showed  those traits.  He conceded that he had made me laugh on several occasions, for example, which proved that he had the capability to be funny.

Two salient points emerge.  One is that the new, preferred narrative needs to be constructed by actual data points, not just fanciful wishes for how things could be different. Luckily, finding data points that contradict the dominant narrative is possible with a little work and creativity since humans are capable of and exhibit a wide range of behaviors. The other is that the human relationship between therapist and client  can be harnessed in order to give experiential proof to the client that he exhibits an attribute.

As therapy progressed we took the narrative outlook into his school and home life.  We wrote letters to teachers, his principle, and his parents asking them for help in allowing his new preferred narrative to blossom.  Letters are a powerful ally in narrative therapy, and I will talk about how to construct a good narrative letter in a future article.  We also did experiments where he could safely try on new ways of relating and being.  We would choose one day during the school week where he would be his Zurgon personality.  We talked a lot about how to enact the behaviors and did role playing where I would act as a fellow student, teacher, or sibling.

One of the tricks in narrative therapy is to jump upon some aspect, however small it may seem, that refutes the dominant story being told.  Then we breath life, fire, and vitality into it.  For example, let’s imagine that an adult client believes that she is a “pushover”.  One way to effect change is to ask her to write a log of times during the week where she stands up to those who want something from her and the times where she capitulates.  Now, in the first week the ratio might be one time standing up verses ten capitulating.  This ratio lasts for about a month.  The magic of narrative therapy is that we have isolated a time where she clearly did not follow the dominant story about her, and we take a microscope to it in order to see what factors led to the difference.  By the fifth week, the ratio might be three to ten.  To an untrained observer such a change will be looked over.  For the narrative therapist it is pure gold.  Movement is occurring, and we can focus on the victories, figuring out ways to make the ratio better and better as the weeks go by until she is comfortable with how she relates to others.