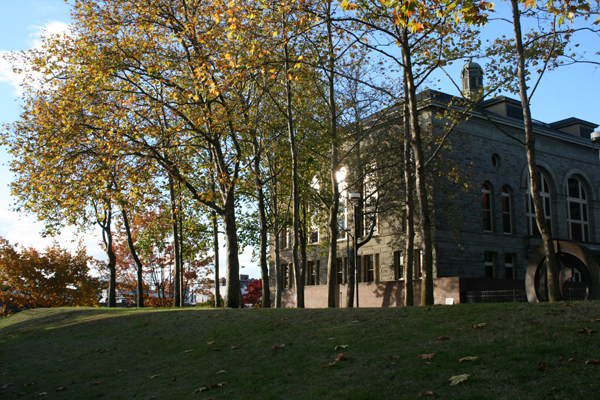 We are going to talk about the power of dominant narratives in shaping perception. We will use as the focus of our conversation a public figure who has received a lot of negative attention from the media and discuss his struggle to change his narrative. Probably one of the most important things to keep in mind if you are in the process of changing the dominant story told about you is that you will encounter tremendous unconscious resistance from others in your life. They will try to keep you in the role you currently occupy and hinder your development. It’s not that they are particularly evil or malicious. But the way all of us organize our lives, perceive the world, and deal with anxiety is often dependent upon people close to us inhabiting clearly defined positions.

On the surface it seems that if you are considered a troublemaker, or a fiend, or any other negative stereotype, those around you would be ecstatic that you are trying to change and help you in every possible way. But this is not the case. You have probably heard of the ancient tradition of scapegoating. Each year members of a village would symbolically place all of their sins and transgressions upon a goat and then run it out of town. This act allowed them to restore a sense of psychic equilibrium and feel better about their own shortcomings and mistakes. The psychology in modern times is identical and if you feel that you inhabit a negative role in your family or any other group, you provide this same function for the rest of the members. It’s a vicious cycle because we often end up acting the way people tell us that we are. They also often fail to recognize the actions that don’t fit into a stereotype and magnify the ones that do.

This is why changing the dominant narrative told about you is hard work. You’ve got to have faith in yourself and in your ability to change and grow regardless of what anyone else says. I loved a comment I read by the Zen master D.T. Suzuki. He said that the Zen man never gets upset if others’ perceptions don’t sync up with who he really is, or if others do not even recognize him as a Zen man. He is not dependent on this recognition because he knows who he is from the inside. (D.T. Suzuki, Zen Buddhism and Psychoanalysis) This internal knowledge about who you are and who you want to become is your most powerful shield against those who are unconsciously trying to stunt your growth for their own psychic needs.

Dez Bryant, a football player from the Dallas Cowboys, is struggling to change his dominant narrative and as could have easily been predicted is facing resistance from much of the media and the public. Dez has a troubled past. His mother gave birth to him when she was only fifteen years old. She spent 18 months in jail for distributing crack rock cocaine during his childhood. He had to live in eight different households while in high school. So we have the definition of a child who is forced to deal with tremendous amounts of anxiety because of feelings of helplessness in a hostile world. He has a confusing relationship with his primary caregiver.

To expect no setbacks when you combine this home environment with the temptations of the NFL and multimillion dollar contracts is ludicrous. And he has dealt with some issues, including a domestic violence charge against his mother and some claims of businesses that he owes money for jewelry. Similar transgressions and far worse happen all the time in pro sports though, and they are rarely commented upon except in passing. Bryant’s dominant narrative is too powerful. Everyone in sports knows about his background so he’s under a microscope. One coach during a draft interview even asked him if his mother was a prostitute. You can see that his margin for error, unlike most people, is zero, and he is trying to succeed in life after having had little structure in childhood.

Let’s fast forward to this year. Apparently Bryant has a self-imposed curfew of 12:00 at night and has asked personnel from his team to help him enforce it. This move makes a lot of sense from a psychological point of view. He was denied a normal childhood where structure and boundaries would have provided a safe space to develop. He is trying to artificially create parent figures in the from of coaches and his team owner, and to set himself on a positive track by following rules and staying out of trouble. In a just world this action would be lauded and supported. We would all be talking about the psychological aspects discussed in this piece and Bryant’s sincere desire to mature.

Instead much of the media, including Al Michaels and Chris Collinsworth on Monday Night Football, have been condescending rather than praising. They smugly laughed while talking about the self-imposed curfew and didn’t have a whole lot else to say. The attitude is that it’s ridiculous for a grown man to have to ask to break curfew for his birthday, or that he has a curfew at all for that matter. You can see the dominant narrative about him really hasn’t changed. People still get to project parts about themselves that they don’t like. These parts simply shifted from being a troublemaker to being immature. All of us are troublemakers in certain areas of our lives, and all of us are immature in certain areas of our lives. By placing these feelings onto him we get to feel like confident, mature adults who have it all together.

If you are trying to change your narrative you have to stay positive and take the grumbling as a very good sign. You are creating anxiety in the people close to you by no longer inhabiting a role that they are comfortable with and that gives their lives a sense of meaning. Expect setbacks and keep acting in a way that is consistent with the person you know you are on the inside. The grumbling will eventually stop, perceptions will shift, and the dominant story told about you will sync up with your internal story.