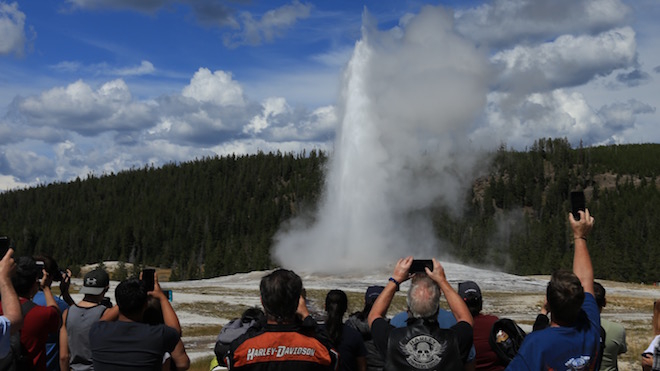 Reaction formation is a psychoanalytic concept that is difficult for many people to grasp because it runs opposite to what we perceive. Humans have the unique ability to rationalize behavior, thought processes and emotions in order to make life seem more palatable.

In reaction formation emotions or impulses that feel unacceptable, usually because of cultural tabus or parental teachings, are buried in the unconscious and replaced by personality traits, beliefs, and inclinations that directly oppose these unwanted feelings. The unbearable anxiety that results from being defined by desires that are perceived as unacceptable is temporarily mitigated when a person’s outward veneer, opinions, and actions lie in direct contradiction to these desires.

It’s important to understand that the feelings don’t go away. They are simply repressed. And while a person might consciously believe he or she is the embodiment of the reaction formation, on an unconscious level the true motivations are always operating. The more vocally opposed and hostile a person is towards a social group or philosophical idea, the more likely it is that he or she actually embodies these qualities in some way but feels a sense of revulsion about it.

Frederick Nietzsche discovered reaction formation long before psychoanalytic thought emerged, although he believed conscious thinking played a greater role than it actually does: “Have you noticed the kind of men who attach the greatest value to the most scrupulous conscientiousness? Those who are conscious of many mean and petty sentiments, who are anxiously thinking of and about themselves, are afraid of others, and are desirous of concealing their inmost feelings as far as possible. They endeavor to impose upon themselves this strict conscientiousness and rigorousness of duty, and a stern and harsh impression which others, especially their inferiors, cannot fail to receive them” (Frederick Nietzsche, The Dawn of Day, Pos 2830 Kindle Edition).

A modern example of reaction formation is the politician who loudly and forcefully opposes gay marriage, works within a framework of immorality to back up his beliefs, and is later caught in a homosexual act. We are all familiar with examples of this apparent contradiction. How could it be that a person who is himself gay could actively work to deny the rights of others who are gay? The answer of course is reaction formation.

When you get into an argument with a person whose position is intractable, biased, and emotionally charged, consider whether reaction formation is the culprit instead of butting your head against a wall trying to argue the opposite viewpoint. Your point of view will probably never be accepted as valid because it actually fully describes the traits a person has worked so hard to bury.