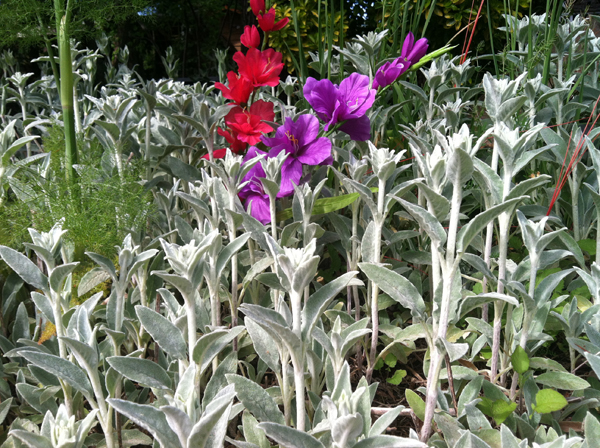 “The greater part of the conscious thinking of a philosopher is secretly influenced by his instincts, and forced into definite channels. And behind all logic and its seeming sovereignty of movement, there are valuations, or to speak more plainly, physiological demands, for the maintenance of a definite mode of life.”
(Frederick Nietzsche, Beyond Good and Evil, page 2 of 118 kindle edition)

We are going to take a look at two famous psychologists whose underlying beliefs about the human condition and resulting philosophical frameworks explain the same evolutionary phenomena by citing very different human motivations. I love Nietzsche’s quote because it reminds us that when we separate a philosophy from the philosopher who created it we do so at our own peril.

We are all philosophers in our personal lives. We seek to create patterns out of the chaos in order to find symmetry and make sense of the world. Most people believe that they see the world objectively, but it is really a subjective interpretation that they see.

Actually counseling is a revelation for many precisely because it is often the first time subjective viewpoints are critically analyzed and brought under the microscope in a systematic way. It’s like taking the red pill in the matrix, where a version of the world that was once seen as truth is exposed as fiction. Worldviews usually dramatically change and broaden. The process is exciting but also terrifying because the structures that once provided a sense of meaning and direction no longer feel real. Of course you can never fully take subjectivity out of the human experience since each of us is the subject of our own lives. Any theory that negates the subjectively experiencing person as a vital component of objective reality is incomplete, divorced from reality, and doomed to one day be exposed as fraudulent.

At the same time a major component of human growth and development is to see life more objectively, doing away with fictions that are in place to help allay anxiety. We have written elsewhere about the fact that insanity is the state in which a person’s subjective world is taken as fully real. The internal, make believe world and its symbols are projected outwards and seen as truth. In this sense all of us are insane to one degree or another.

Everyone is a philosopher, but some feel compelled to create elegant and complex theories, attempting to make the objective human world conform to personal beliefs. This is what Nietzsche is talking about in the quote above. Erich Fromm and Alfred Adler, two of the great psychologists of the 20th century, are no exception. They tackle the question of human evolution and the loss of instincts that guide behavior from within their own philosophical frameworks. These frameworks are a direct reflection of their beliefs about humanity.

Before we talk about the differences in the conclusions they make we have to understand a basic premise of evolutionary psychology. In the evolutionary process, increasing complexity goes hand in hand with decreasing instinctual apparatus. The organism becomes free to decide upon its own behavior. In the simplest organisms all actions are determined by instincts. Survival is based on genetically predetermined traits that do not have to be thought about and cannot be altered. In the higher life forms like mammals, instincts still play a strong role but freedom of thought and behavior enter the picture. An organism chooses amongst various options, creatively approaching life.

Humans are the culmination of this inverse relationship between instincts and complexity. We have mastered nature and are no longer subject to all of its laws, although of course our organisms still grow old and perish, and we still have many hardwired physiological demands like hunger, thirst, and sexual impulses as well as many instincts like fight or flight and the startle response. But we are not fully controlled by our instincts, and we can consciously choose how we relate to them.

To become who we really are we are confronted with the problem of self-actualization and are forced to choose amongst myriad options of being and relating. The fact that some people are unaware of having a choice does not diminish this reality. Of all the organisms on the planet, humans are the most free to act and think. This means that they also have the least amount of instinctual apparatus to help them survive. It is a double-edged sword.

Let’s look at how Adler approaches the problem. He believed that all human progress was the result of feelings of inferiority, precisely because we do not have built in apparatus to help us survive in the natural world. A naked human would have absolutely no chance in a struggle to the death against a lion, bear, elephant, or alligator. We were awed and shamed by our weakness compared to most other organisms in nature. This is supposedly why we created tools, science, societies, and culture. We were in a down position versus the rest of the animal kingdom and had to compensate. The concept of inferiority runs throughout Adler’s writings and colors his philosophy of humanity. Here are some quotes of his that popped up on Brainy Quote.

“A simple rule in dealing with those who are hard to get along with is to remember that this person is striving to assert his superiority; and you must deal with him from that point of view.”

“The greater the feeling of inferiority that has been experienced, the more powerful is the urge to conquest and the more violent the emotional agitation.”

“In the investigation of a neurotic style of life, we must always suspect an opponent, and note who suffers most because of the patient’s condition. Usually this is a member of the family.”

“Exaggerated sensitiveness is an expression of the feeling of inferiority.”

When I read Adler I am always dimly aware of something sinister floating through his writings, and I now believe it stems from his underlying philosophy that at their root humans feel weak and inferior, are naturally competitive, and are obsessed with acquiring and maintaining power over others. He sees this process operating in the family system, like in the case of competition between siblings, and also in the larger structures of society. Acts of human creation, poetry, art, music, and other human endeavors typically considered noble are seen as a way to compensate for unconscious feelings of inferiority. He took an apparently objective fact about the evolution of all species yet applied his own brand of psychology to make sense of it.

Now let’s look at Fromm’s solution. Erich Fromm believed in the nobility and greatness of humanity and felt reverence for the individual. He believed that each of us is meant to develop ourselves fully, and that no one should be a means for another person’s ends. He was one of the first positive psychologists in that his inquiry into the human condition was meant for every human being and focused on growth. He had an unwavering belief that people are capable of more and have massive amounts of potential lying dormant. He believed that there is nothing better than being human.

You will probably not be surprised to find that Fromm interpreted the loss of instinctual apparatus and our resulting helplessness in nature as a gift and the decisive turning point in human evolution. Rather than feeling inferior next to other organisms, humans became aware of themselves as separate beings and therefore gained power and pride in themselves and their abilities. Here is a quote from Fromm conceptualizing the problem.

“Human existence begins when the lack of fixation of action by instincts exceeds a certain point; when the adaptation to nature loses its coercive character; when the way to act is no longer fixed by hereditarily given mechanisms. In other words, human existence and freedom are from the beginning inseparable…Instead of a predetermined instinctive action, man has to weigh possible courses of action in his mind; he starts to think. He changes his role toward nature from that of purely passive adaptation to an active one: he produces. He invents tools and, while thus mastering nature, he separates himself from it more and more.” (Erich Fromm, Escape From Freedom, pg. 32-33)

He sees the same objective phenomena operating as Adler, but his conclusions are quite different. Instead of focusing on inferiority he focuses on growth. He sees a lack of instincts as essential to human freedom and therefore our greatest gift instead of as a curse to overcome. And he understands the ability to think and act freely as the logical foundation for productive work and creation, while Adler sees productive work and creation as the logical outcome of feeling inferior.

Without understanding the philosopher we would be incapable of fully understanding the philosophy. The objective world is always experienced and understood subjectively to one degree or another. We can usually find what we want in the human situation. One of Fromm’s lasting contributions to the world is his emphasis on the positive strivings present in humans and our inherent need to create something meaningful out of our lives. This need is motivated by the desire to grow rather than the desire to compensate for deficits. The results may look similar on the surface but these distinct motivations have profound implications for the nature of humanity and for the purpose of being human.