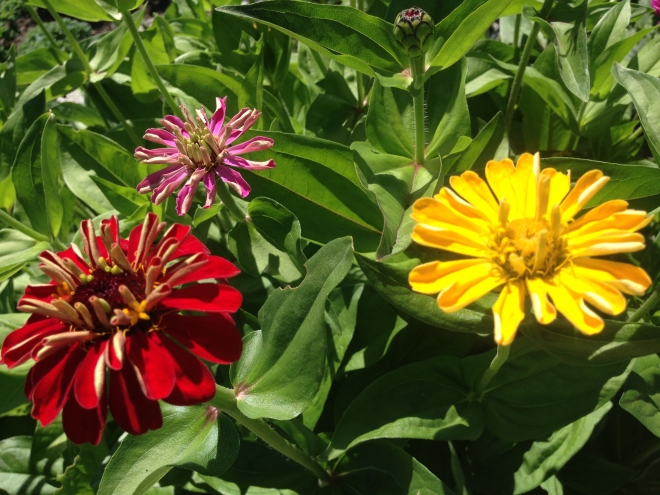 If you know any elderly people you know a favorite diversion is taking walks. Common wisdom for a long time has been that brisk walking is healthy for the body and the mind, and it’s a low impact exercise that just about anyone can do, regardless of physical limitations. New findings in neuroscience are bolstering the value of walking by showing real changes in the brain that have to do with higher intelligence and better memory. It turns out that elderly people who go walking all the time are reversing the effects of aging.

It used to be assumed that our brains, unlike other organs in our bodies, were incapable of producing new cells. I learned this during high school in the late 90’s and many laypeople in the 21st century still believe it to be true. The good news for all of us who have to deal with decline, either through injury or normal deterioration, is that we can grow new neurons, create new neural connections, and strengthen existing ones.

There have been some studies done with mice where one group was left to lounge around the cage without any stimulation, while the other group was given a running wheel. I read about this experiment in the book ‘The Brain That Changes Itself’ by Norman Doidge, one of the most fascinating reads I have come across in a while and an essential one for anyone living and aging in our modern world. It provides a lot of hope for brain issues of all kinds and shows how neuroscience has improved the lives of people with wide ranging afflictions including autism, strokes, phantom limbs, and even blindness.

The important point to understand about the running wheel experiment is that when a mouse is on the wheel it’s not actually running, it is walking briskly just like it would do in nature. The theory is that for mammals, walking tells the brain that it needs to create more neural connections, because the challenges it will face are currently unknown. It needs to make itself smarter to confront environmental changes. The example Doidge gave was that if you spend your entire life in the same room, your neural connections will start to deteriorate and there will be no reason for the brain to produce new neurons since you already know everything you need to know about your living space. This is why solitary confinement is such a hellish experience for people and why many fall apart. Their brains literally deteriorate due to lack of novel stimuli. As you have probably guessed, the mice who had access to a running wheel increased their brain sizes and had many new neural pathways and new neurons, compared to the control group that showed no changes.

I have traveled to many remote locations in my life where customs were much different and where English was not much use, and my phenomenological experience syncs up very well with the idea of changing environments spurring the brain to make itself smarter. Neurons were firing for me like crazy, and the side effects were elation, probably due to dopamine release, being completely in the present, noticing intricate details in my surroundings, and generally feeling plugged in. Anyone who loves traveling will tell you the feeling is indescribable, and it seems obvious what is happening. The brain is creating many new neural pathways and growing new neurons to cope with an environment much different from the one it is used to.

You might not be able to drop everything and go travel halfway around the world, but you can go for a walk today and get great benefits. You can even turn it into a walking meditation. Think about some of the activities you commonly use a car for, like shopping for groceries or going to the gym, and walk there instead. No matter how old you are you are capable of neurogenesis, but you’ve got to stimulate your brain. Walking seems to be one of the most natural, evolutionarily hardwired ways to do it.