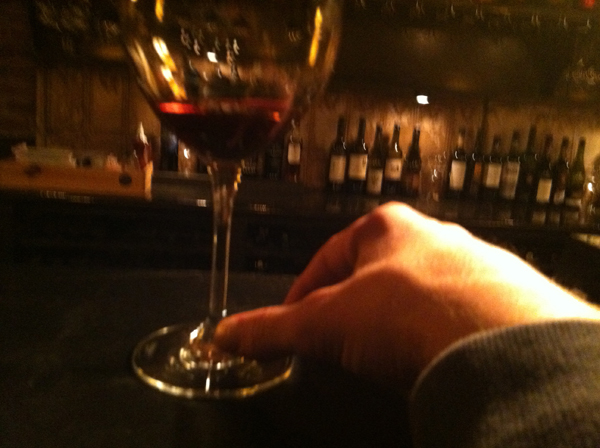 We will look at the clinical criteria for diagnosis of alcoholism and then discuss some of the psychological phenomena operating. Actually clinicians don’t use the word alcoholic or alcoholism. Instead they categorize a pattern of usage as alcohol abuse or alcohol dependence. Think of alcohol dependence as synonymous with alcoholism, and alcohol abuse as a stepping stone to get there. In other words, you can abuse alcohol, like many college students do, but never become dependent upon it. But you probably can’t become dependent upon it without having abused it for a while first.

In order to qualify for substance dependence you need to meet three of the seven criteria listed below over a one year period. These criteria are taken from the DSM IV-TR, which is what clinicians use to diagnose psychological disorders of all kinds.

(1) tolerance, as defined by either of the following:
(a) a need for markedly increased amounts of the substance to achieve intoxication or   desired effect
(b) markedly diminished effect with continued use of the same amount of the substance

(2) withdrawal, as manifested by either of the following:
(a) the characteristic withdrawal syndrome for the substance
(b) the same (or a closely related) substance is taken to relieve or avoid withdrawal symptoms

(5) a great deal of time is spent in activities necessary to obtain the substance
(e.g., visiting multiple doctors or driving long distances), use the substance (e.g., chain -smoking), or recover from its effects

(6) important social, occupational, or recreational activities are given up or reduced because of substance use

Now we will talk about some factors to consider while looking at the list. The first is that many of the criteria can only be confirmed or rejected by you. Other than the visible signs of tolerance and withdrawal, the criteria are mostly internal and subjective. This gives you the opportunity for denial. For example, what are important activities? You can easily decide that you lost interest in a group of friends or a project because it was not your cup of tea. What is a great deal of time? Who doesn’t feel a little under the weather after a night out on the town?

The next point is that some of the criteria have a psychodynamic component to them, meaning that you consciously expect to do one thing but your unconscious drives and motivations lead you to do the opposite. You make a concerted effort to cut down on the volume consumed during a night out but somehow still end up getting wasted. Or you make a concerted effort to cut back on how often you drink but somehow find yourself surrounded by the same people drinking to excess on nights when you did not plan on it.

Denial is made infinitely easier in our culture because alcohol is a central part of almost every social gathering. You can blend in and even feel good about your consumption when comparing yourself to friends, colleagues, or family members whose drinking is more obviously a problem.

Substance use of all kinds and anxiety are usually closely linked. The substance offers a balm for painful feelings of anxiety that might be largely unconscious but flit at the edge of consciousness. This is why people usually give up everything else that was important in their life before giving up the very thing that has helped to ruin it, because the substance offers a transitory sense of well-being that nothing and no one else has ever been able to provide.