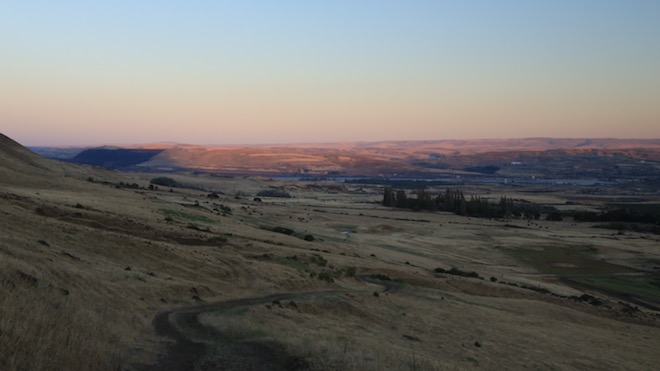 On an episode of Futurama, Bender the robot is acquitted of various crimes because his lawyer is able to successfully argue that he is only following his programming so he cannot be responsible for his actions. If he has no free will how can he be held accountable for what he does?

His friends expect him to be elated over the verdict but he is anything but. He feels that all of his past actions and his life lack meaning. Bender’s quest for an answer leads him to a monastery filled with robot monks. He meets the abbot and asks him something that countless humans across time have pondered. “I need to know. What’s the point of living if I don’t have free will?” The abbot serenely and simply responds “We robot monks have meditated long on this, and we have made our peace. For though we must follow our programming, with no deviation whatsoever, we choose to take satisfaction in the ritual.”

The abbot’s answer is a wonderful way to understand the existential concept of attitudinal values. While most people of good health and sound mind prefer to live with the pleasant fiction that their lives are under their control and that they have complete freedom of thought and action, any sensitive and searching person ends up grappling with the unalterable facts of life that bracket this freedom. In a way we are all following our programming, just like Bender. We each have unique genetic codes and specific life experiences that tend to color our actions, often making them predictable to experienced observers. Even healthy, happy, comparatively enlightened people not bound by any discernible neuroses have only so many ways that they can react to their environment or be in the world. We are limited by our bodies, limited by the capabilities of our minds, limited by our emotions, and limited by the fact that we will one day die.

For many the question of attitudinal values never arises until tragedy strikes. This might be losing a loved one or being diagnosed with an incurable illness, for example. In these cases you find that your freedom to influence the way things are or will be in the future goes from what seemed limitless down to zero.

Yet there is one freedom afforded to all humans even when a situation is unchangeable, and this is the attitude we take towards our lives. It’s what the robot abbot is referring to. The existentialist Viktor Frankl championed the concept in many of his writings. He was quick to point out that not changing a bad situation when you can do something about it is masochism and not a virtue. But when you are truly bound by destiny, you remain free to respond spiritually, emotionally, and intellectually as you see fit. This might not seem like much but it can make all the difference in the world and help to turn despair and apparent meaninglessness into triumph and ultimate meaning.

You may have heard or read about the inspiring story of Steve Gleason, a retired NFL football player diagnosed with ALS. He has lost most of the movement in his body and his health has rapidly deteriorated. You can watch a moving piece on him here. Instead of spending his days angry or complaining about the unfairness of his situation, Steve has decided to act as a figure of hope and courage that has inspired millions. He has raised awareness about ALS and started a charitable organization to fight it. There could not be a better example of using attitudinal values to make meaning and triumph out of a tragic, unalterable situation.

Each of us was born without our knowledge or agreement, and we will probably die in the same way. There are many unalterable facts about your life that you cannot change. The way to rise above and reach spiritual peace is to find meaning in how you choose to respond to those elements in your life that are out of your control.