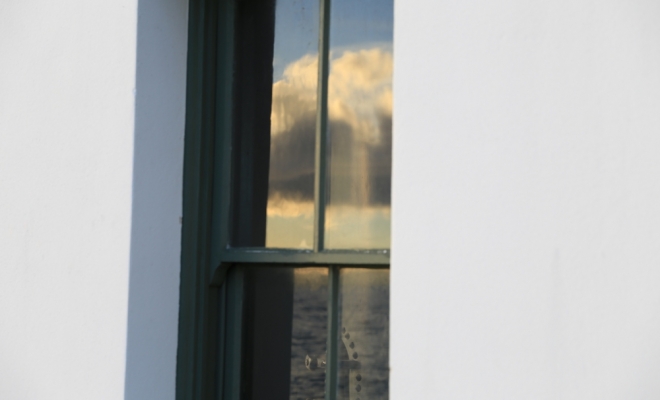 Probably the worst of the plagues that hits couples is taking each other for granted. A level of complacency sets in, the honeymoon period seems like lifetimes ago, having the other around is basically a baseline state of being, just how things are and not really worth remark.

The next stop on this apathy train is resentment, even contempt. The complacent relationship is fertile soil for projection. Each will secretly or openly blame the other for the diminution of passion, deciding that feelings changed because of something their partner did, qualities their partner is lacking, defects their partner has.

But complacency is a shared responsibility, in large part a result of the special human capacity we all have to adapt to our surroundings and find a sense of equilibrium with our environments, eventually considering normal what we once found remarkable. Humans have been able to live and still do live under the most varied conditions. Genes themselves are incapable of predicting how and when the environment is going to change, but they do aspire for immortality. We’re talking here as if genes were thinking beings, and obviously that’s not the case, they simply show up in the gene pool in greater or lesser numbers based upon whether the traits they manifest aided or hindered in the survival of the organism they were housed within.

This is why when the environment suddenly changes many species go extinct. They’re not capable of adapting because their genes are set, created for success based on how things were last generation not necessarily how they’re going to be next generation. Adaptation in the evolutionary sense doesn’t happen in organisms’ lifetimes. Generation upon generation of small alterations add up to the big change.

But we’re not most organisms, we imagine possibilities, we approach problems creatively, we manipulate the world, we almost magically find psychological equilibrium with a wide range of environmental conditions. We get used to that which we once found alien, a special form of human adaptation that does happen over the span of one life. But you should never get used to having your loved one around. If you have started taking the person who has chosen you above all others for granted, shake yourself out of your complacency, realize the trick your brain is playing on you by compelling you to look at something extraordinary as something mundane. Turn towards your partner with love and gratitude and good things will happen.