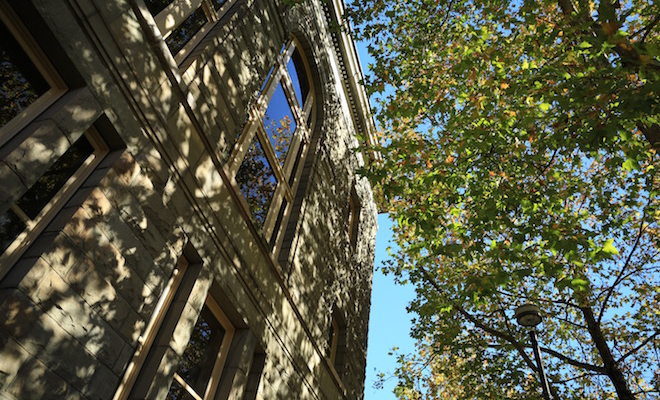 Healthy and unhealthy couples alike experience conflict. The idea that healthy couples rarely if ever fight is not true, it’s a fantasy constructed in the minds of people who have always been in unhealthy relationships and therefore have no real world context for what a healthy relationship looks like. They might secretly believe that if they could somehow stop fighting or if their partners would somehow change they’d be able to move from the ‘unhealthy’ category to the ‘healthy’ category.

But the truth is that conflict is ever-present in human life. The only way conflict of some kind couldn’t exist in a relationship would be if two people thought, felt, and behaved exactly the same all the time and were confronted with environmental conditions that perfectly captured their emotional, psychological, and material needs at all times, even as those needs changed and evolved over the lifespan. But even then conflict would exist within the world of psyche due to the conflict inherent in the human condition, and this conflict would be projected out onto the Other in one form or another. We’re at once spiritual animals and physical animals, we want to live forever but must accept the rules of life and death that govern all organisms, and these deep existential dichotomies produce conflict within us, conflict that must be resolved.

But none of us are perfect, and even when we’re doing the best we can we often end up approaching the conflict situation destructively. Not only do we open the conversation poorly, we also often end up saying and doing things in the heat of the moment that we later regret. We let our fight or flight response get the best of us. We overgeneralize, we poke and prod, we diminish, we attack. Fortunately it’s never too late to try to correct those errors, to discover the growth oriented, compassionate way to voice our concerns and then take up the issue again while apologizing for our earlier poor attempt. We can find data points that directly contradict the negative characterizations we made about the Other and share those positive data points.

At any rate, while healthy couples choose productivity and compassion more often than unhealthy couples do, they also have an uncanny knack for quickly bouncing back to normal after conflict has reared its ugly head. They’re like the all-pro sports stars who, after making a huge mistake, are able to induce selective amnesia, to forget about the mistake and come fully to the present to come back huge on the very next play. Imagine an invisible reset button. Healthy couples push it all the time. This isn’t to say they forget the wrongs done to them, but they do make room for rights to be done to them. They don’t hold on to hurt feelings, they don’t continue for too long on the destructive path of hostility and resentment. They open their minds to the possibility of good times, they start having fun with their partners again.

When we’re holding on to a lot of resentment and hostility we’re not in a very good headspace to respond to or even recognize the various pro-relationship behaviors emanating from our partners. Instead we filter everything that’s said and done through a lens of negativity, we imagine and then take as cold hard fact undesirable explanations for behaviors.

Unhealthy couples spend  lot more time in the conflict state even though the actual conflict situation that cued off the hurt feelings is no longer active. So all of that negativity moves underground, where it simmers and festers.

In a general sense we might say that conflict connotes suffering and where there is suffering there should be our conscious intention to try to reduce it. When our partners bring conflict to us we should be looking for the hidden sources of suffering that brought it out rather than getting defensive or attacking. That being said, we all fail at the task sometimes despite our best efforts. Therefore our additional goal should be to give our partners a break, to cut them some slack, to open up space soon after the conflict situation has occurred for good things to happen again. We have to recognize the simmering resentment and hostility in ourselves and decide to own these destructive feelings instead of blaming our partners for them. We have to realize they are now our responsibility, regardless of how they got there, and now we must take care of them. The sooner we do the sooner we’ll be able to happy, healthy, fulfilling lives and relationships.