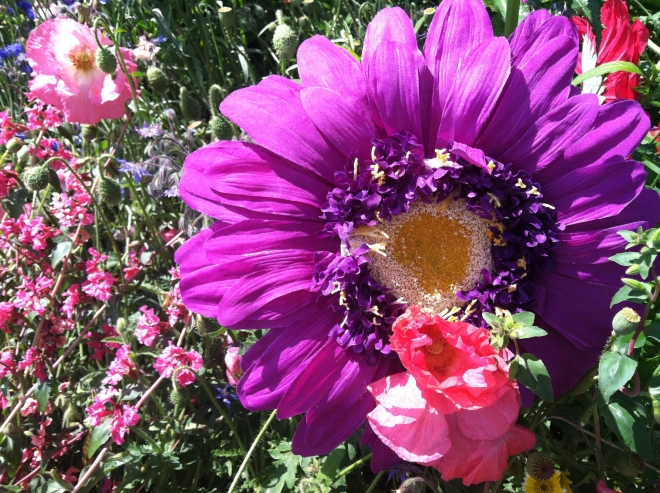 Who hasn’t felt the urge to smash something from time to time? Destruction is the most direct way to channel anger and for many provides temporary relief. I think one of the reasons that the Incredible Hulk is such a compelling figure is that Bruce Banner is not a bad guy. He tries to control his anger and does his best to bottle it up to protect those around him from the consequences.

But that uncontrollable anger is always lurking beneath the calm veneer and against his best efforts he often turns into a monster who leaves a path of destruction behind him. This is the relationship that countless people have with their anger. They spend most of their time trying to keep a tight lid on it, the pressure builds, and then they explode, dealing with the damaging consequences later. The cycle repeats indefinitely.

The key for Bruce Banner and for anyone else who is fighting a losing battle against their anger is to stop viewing it as an adversary and instead mindfully invite it into their lives. There is a myth that being mindful means you are peaceful and devoid of all of the emotions commonly considered negative. But freedom from anger is a side effect of years of practice. The practitioner may no longer find the state necessary but he surely once did. Comparing your situations and deciding “I’m just not a peaceful person” is unfair because you are at different stages in your personal evolution. All you have to do to start walking the path of mindfulness is to raise your conscious awareness about what you are feeling in the moment and not try to change it, even when it’s an uncomfortable state like fear, shame, or anger.

Many people who are trying to get a handle on their anger find it really helpful to become more aware of small changes in equilibrium throughout the day and to express their anger right away when they notice a change instead of trying to suppress it. This usually allows for much less damaging consequences because the threshold is lower so the output is too. You honor what you are actually feeling instead of what you want to feel, which is what mindfulness is all about.