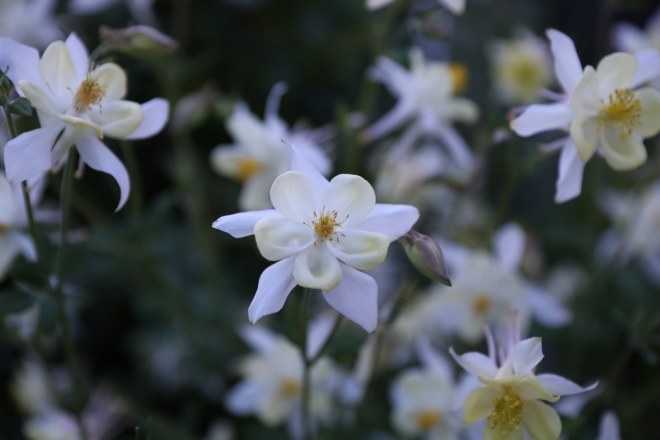 We live by all these unspoken rules and values, telling ourselves what we should and shouldn’t do without even really considering where these ideas came from. If they were universally valid then everyone would think, talk, and act the same way but obviously they don’t. It’s bad enough to have to deal with the external authority figures throwing their weight around, trying to tell us what we can and can’t do, but there is a far more demanding authority figure telling you what to do 24/7 . You have an internal police officer constantly telling you what to do and he’s a dick.

It’s challenging to make the unconscious conscious, to pin down your ephemeral, free floating thoughts about what constitutes appropriate behavior, so a really good place to start is to stop in your tracks and analyze what’s going on every time you say to yourself “I should be or I should do so and so.” The word should implies an inflexible demand; it doesn’t leave room for various ways of seeing an issue, acting as a cruel taskmaster that forces you towards a way of being even when it’s not in your best interests, impeding your growth and well-being.

The thing is, most people take their own subjective shoulds as objective reality, in no need of critical analysis, just as the way things are. But everyone has a different set of shoulds and what you feel compelled to do is probably quite different from what I feel compelled to do. Just by becoming aware of your own shoulds, you start to become more aware of your internal police officer, that internal authority constantly dictating to you what’s okay to think and do and what’s not okay to think and do.

I caught myself in the act recently. The weather has been really nice in Seattle and I was lounging around inside, when I thought to myself, almost with a sinking feeling, “I should really be outside right now.” Says who? Where is it written that I have to be outside every time the weather is nice? I didn’t feel like going outside, I was comfortable indoors reading a book, and I knew in this particular case getting out there would have been a pain in the ass and interrupted an activity I was already enjoying. So I squashed the idea and kept reading. Sure enough, later on in the day I had a true desire to go hit up the park, and I went outside to enjoy the sunshine without feeling compelled to be there at all.

The example above might sound rather insignificant but the point is that you can’t be happy when you are constantly being dragged around, forced to do, think, and feel things based on nothing except your internal police officer telling you these thoughts, feelings and behaviors are appropriate. If you start by questioning all your shoulds you’ll be well on your way to critically analyzing where your beliefs about the way you have to be in the world come from, and whether they really fit the way you want to live your life.