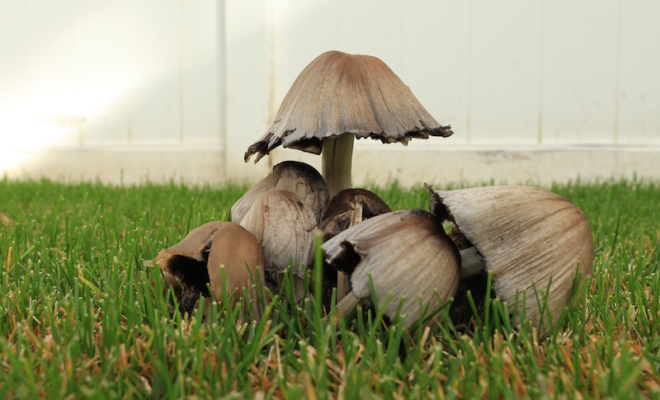 The internet has become a sort of parallel universe where you can create an online personality with traits and behaviors that do not mirror the traits and behaviors of your personality in the real world. Technology has pushed humanity into the cybernetic realm, and the psychological split that can occur is worth discussing. The ability to try on different ways of being as an avatar also presents many opportunities for human growth, which we will get into in the second half of this piece.

Technology can create emotional and physical distance between a person and the immediate impact of an experience. Lots of the time this is a very good thing, especially when it allows people to do menial labor faster and more efficiently

Problems arise when the distance compels someone to stop taking responsibility over thoughts and actions. He feels divorced from the consequences of his behavior. At its most extreme, the push of a button can wipe out millions of people. The person that pushes it can’t possibly feel the same impact as he would if he were forced to shoot each victim in the head. In the first case, under pressing enough circumstances, the button might get pushed. However, unless he were a sadistic monster, he would probably not get very far in the grisly task of killing each person one by one before having to stop, regardless of the consequences.

In both cases people die because of a decisive action. The difference, as outlined above, is that technology lets us off the hook for feeling a decision with the totality of our beings. And we can all divorce ourselves from the things we say and the information we transmit online much more easily than we can in person.

As technology continues to advance we will probably find ourselves with increasing ability to affect the physical environment through online channels. This is worth noting because it puts all of us in the position of being able to ‘push the button’ on some level. For example, a computer hacker affiliated with the organization ‘anonymous’ recently shut down godaddy’s servers and with them probably millions of websites. Countless businesses lost the ability to access email or communicate with customers for several hours.

When you consider the enormous financial loss and the less quantifiable loss of not being able to access important information during the hours that the servers were down, you can see that we are all growing dependent on the internet, and that actions taken online affect the physical world. Even something as silly as making a snarky comment online that you would probably not say in person can have consequences. It can lower a person’s self-esteem or make him unnecessarily question himself in the real world. The format in which thoughts, information, and behaviors are transmitted does not lessen the existential responsibility of the one who transmits them.

The global shift online also presents many opportunities for increasing mental health and happiness. You can create an avatar to try on different ways of relating and being in a relatively safe environment. Good therapy is about growth, and traditionally the patient will be guided to experiment with different patterns of relating to others. He comes back the following week and reports the results so that therapist and patient can have actual data points to use during sessions. He gets to try what he is learning about himself in a real way and see the results in his personal, social, and professional life.

For example, let’s say that a person comes to therapy to work on his shyness. Once we have raised awareness about its origins and what factors in his life and personality give it energy, he can take this knowledge into the real world. He can test different levels of openness and engagement to see how people respond. He might be asked to start a conversation with at least three people he doesn’t know very well. He might even go into a conversation with the intention of sabotaging it for himself to see that the world does not end when you are made to feel foolish in a social setting. The problem is that all of these experiments can seem pretty scary for a person struggling with shyness. They are examples of behavioral flooding, where the full impact of the feared object is forced upon you all at once. It can feel like getting doused with freezing cold water.

Whatever a person is struggling with, chances are it is anxiety provoking and the full impact of facing it in front of others may seem like too much to handle. This is where the internet and the ability to engage with many people in a more anonymous way can be a huge help. These online interactions can act as a sort of intermediary step in treatment where different ways of being are tried on without the added pressure of doing it in person.

Let’s go back to the case of the patient who wants to change his level of shyness. He could join a site whose culture involves group membership where increasing the number of followers and interacting with them on a consistent basis is encouraged. He can try a few different methods for making online friends and see which is most effective. He can ask questions of others about the types of people they are drawn to in social settings and why. Basically he gets a test run at a new form of social engagement before having to try it out for real. Regardless of the issue you are dealing with, we can usually create a scenario online that addresses it while feeling safer, more private, and more secure. Then you can take the pivotal next step of trying out what you have learned in the real world.