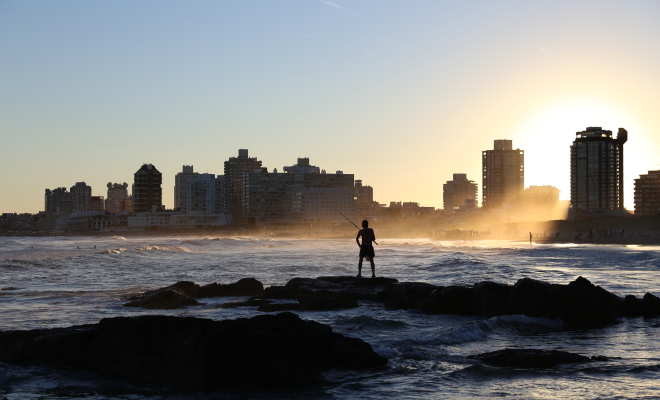 If you’ve read our other articles on emotional detachment it probably won’t surprise you to hear that people with detached personality don’t deal well with interpersonal conflict. Actually their solution is to try not to deal with it at all. At the first hint of conflict they escape the situation, or if that’s not possible they shut down. They refuse to engage, giving evasive answers to any prodding around what they’re thinking or feeling, making it clear through closed off body language that they aren’t going to play ball.

From the point of view of the observer, who can only see what’s going on from the outside, it usually seems like these people just don’t care very much and it’s exasperating. The emotional thermostat has clearly turned up, there’s an area of conflict that needs to be confronted and resolved, yet those with detached personality remain closed off and hard to reach.

What is important to understand is that the calm veneer on the outside belies a lot of turmoil roiling and broiling on the inside. It’s not that people who have taken on the detached solution towards life don’t want to engage in interpersonal conflict, it’s that they can’t. The shutting down that appears self-willed, making them seem like they’ve got all their emotions fully under control, that they’re cool, calm, and collected, is a facade. Their behavior in the face of rising anxiety caused by the conflict situation is compulsive, it’s their de facto response to every conflict situation, outside of their control. Sometimes it’s better to appease, sometimes it’s better to attack, sometimes it’s better to run away. The unique set of circumstances calls for the appropriate response. But with detached personality there is only one possible response.

So these people end up feeling a lot of hostility and resentment towards those who they believe are responsible for creating the conflict situation while at the same time feeling humiliated by their own response to it. They leave the encounter with the unpleasant sensation that they have lost. From their own point of view, if not from the point of view of the other parties, they have to lose since there are many things they’re thinking and feeling that they’d like to express but don’t. So they fantasize about ways to get even, how they’ll destroy their adversaries, but these thoughts usually remain in the realm of imagination.

Relaxed on the outside, turmoil on the inside. This is detached personality and interpersonal conflict in a nutshell.