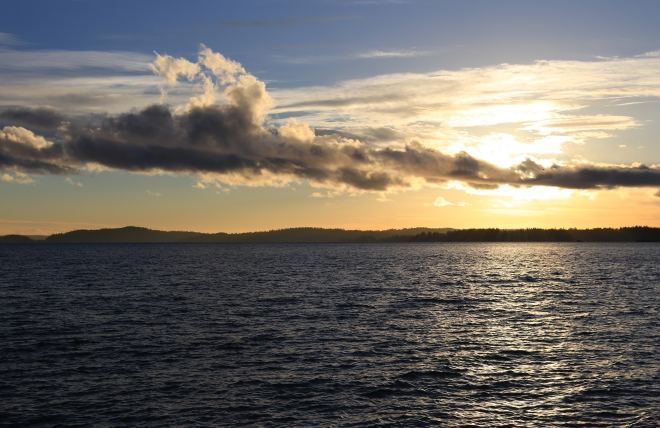 We all know people in our lives who are detached. They tend to have trouble accessing or experiencing emotions. Some of the character traits present in a person like this are emphasis on independence, the fear of joining or being a part of groups, and aversion towards intimate relationships where opening up is so important.

Someone who is emotionally detached will usually bounce from one relationship to the next, invariably distancing himself when threatened with increasing emotional closeness from his partner. Although we usually tend to think of males as those who have trouble accessing their emotions, the underlying character structure that leads to psychological detachment can manifest itself just as easily in females.

The goal in this article is to summarize some of the factors that go into the creation of a neurotic personality structure, specifically the emotionally detached type, and to provide a few useful analogies to help flesh out the ideas.

Let’s discuss the neurotic character traits present in a person who is emotionally detached. What can we surmise about his early childhood experiences? In my work with clients several salient features emerge.  He will almost certainly have grown up in a restrictive environment where absolute control was important to the caregiver. He will have been alternately showered with praise (sometimes more than he deserved given the circumstances) and punished for his shortcomings (also more than the situation warranted). In other words, his relationship towards his primary caregiver will have been characterized by emotions that alternated between the poles of  security and emotional abandonment. Threats of abandonment or being disowned are quite common. There were probably not clearly defined rules, meaning that the caretaker was in a position to find fault with almost any behavior, seemingly at random. A behavior that on one day elicited no response whatsoever would on a subsequent day be grounds for punishment and verbal or physical abuse.

The child learns, among other things, that his emotions are dangerous since he cannot predict when his feelings of comfort, security, and love will be shattered and replaced by ones of fear, despair, and worthlessness. One solution available to a child in such a situation is to distance himself from his emotions.  If we look at the child’s conflict at the deepest level, I believe the central component is the gap between his caregiver’s profession of love towards him and the child’s secret, usually unspoken belief that his caregiver does not love him.  And so the child solves this conflict with the only means available to him.  He refuses to engage in the harmful cycle of emotional abuse, and in the process stops feeling any of his emotions deeply.

Upon this foundation the neurotic detached personality structure is built. He experiences everything in his life from a distance. His idealized self-image will probably be one of the rational philosopher who has little need for what he sees as trifling emotions. He will value his freedom and independence and use all manner of arguments to prove their necessity in anyone’s life.  He will scorn others for their inability to control their emotions while secretly admiring them for their ability to feel deeply. When the emotional thermostat begins to turn up in romantic or friendly relationships he will distance himself, often to the frustration and confusion of his partners. Many of course get married or stay in long term relationships but an emotional chasm always exists between them and their partners. They might be able to feel emotions during a song, or viewing a piece of artwork, or watching a movie, or being out in nature. But they prefer to keep these feelings private and maintain an inner sanctum for themselves.  It is as if they have constructed a castle where inside emotions can be accessed in peace because they are completely safe. Of course, this means not being able to share emotions with another person or connect with that person in a meaningful way.

Let’s use the analogy of a blackjack game to present why detachment seems like a good solution. Imagine that you sit down at the table and are given a stack of chips. Each of these chips represents an emotional unit. The more you have, the more safe, content, happy, and fulfilled you will feel. Then you find out that although the chips are yours, you have no control over whether to play them or not. Someone you are told you can trust is given absolute control over when and how much you will bet. He or she decides to bet all your chips even though you do not want to. You lose the hand. Imagine this cycle repeating itself over and over. The moment you stockpile chips using whatever means available to you they are bet without your consent and you lose.  At some point you will realize that they are your chips, and that only you have the ability to bet them. But you have lost every big hand you have played up to this point.  What would you do with your chips? The obvious answer is not play the game.  So we see that emotional detachment is a viable solution in that it guarantees not getting hurt because you are not risking anything.

Of course, such a strategy ends in monumental failure. It solves inner conflicts by not  having to deal with them, but at a terrible price. Imagine the world in shades of gray. Nothing really gets you up or down. You can view just about everything objectively, but take no passionate interest in anything. You do not have any close friendships or intimate relationships. Any time you do start to get close to someone you feel a sense of unease and break it off or distance yourself. The sad paradox is that in order to avoid getting hurt the emotionally detached person hurts himself more deeply than anyone else possibly could.

Another way to think about emotions is to consider your sense of smell. Imagine the worst smells you can think of, like those emanating from sewage or a dump. If these odors were all you have ever known then your sense of smell would not seem all that desirable. However, if you could get some perspective and realize that you do not have to live next to a garbage dump, you could begin to search out and enjoy pleasant aromas too. There is no middle ground. You can either destroy your sense of smell completely, or accept that having it entails experiencing both pleasant and unpleasant odors.

So it is with human connections and their resulting emotions. Connecting with another always constitutes risk since we cannot predict how it will play out. However, staying on the sidelines constitutes an even greater risk.