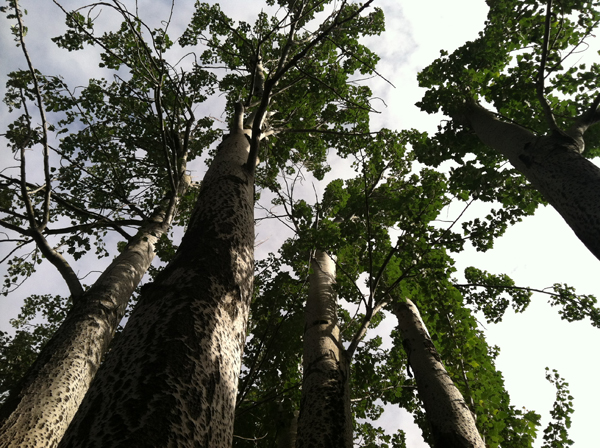 Usually a gossiper has a negative self-concept and low self-esteem. He or she feels unlovable, although these thoughts might be unconscious and are usually rationalized. This leads to the incessant need to spin narratives and obsess about the lives of others.

The act of gossiping is a clever way to distance yourself from the spotlight and control the flow of information. A gossiper is usually conspicuously absent from the stories being told. By putting other people under the microscope you protect your own shaky sense of self from danger.

This type of person is likely to have suffered emotional or physical abuse in childhood at the hands of caretakers who were supposed to be trusted, or may have endured some other type of trauma like constant bullying at school. This is the soil from which the feeling of being unlovable grows and sets the stage for a negative self-concept and a generally negative view of the intentions and machinations of others.

You can see how inhabiting a role where information can be channeled and manipulated is tempting. It’s a clear way to protect yourself. When you feel that you control the narrative of events you do not have to risk the possibility of emotional abuse that was the norm in your early life. In a sense this person probably believes he or she is not worth being the center of attention. This is due to low self-esteem. Your life revolves around the lives, thoughts, and actions of others rather than focusing on building your own or creating meaningful relationships based on trust and openness. Such relationships probably seem fictional since the most important, primary relationship on which all others are based was characterized by manipulation and abuse.

Probably the saddest irony about gossipers is that they are usually desperate to be liked, yet their worldviews and actions will at some point produce the opposite result. People begin to recognize that opening up or being authentic around them is dangerous because these interactions have a high likelihood of being spread to others in a negative light.

One way that you can easily recognize a gossiper, which also stems from low self-concept, is that silences and lulls in the conversation are avoided like the plague. If you hear two people gossiping you will rarely hear more than a few seconds pause between remarks. It takes feeling comfortable around others and with yourself to be able to tolerate silence, because silence signifies relinquishing control over the flow of conversation and produces uncertainty about what will happen next. That’s why when you see a couple where the partners are clearly happy and confident you might notice that they can last for quite some time in comfortable silence.

Think about the types of people you are drawn to. They are usually honest, authentic, confident, and have the ability to be self-deprecating. They are not afraid to throw themselves under the bus once in a while, and they rarely talk about others, instead talking about ideas. They tend to live in the moment. They are spontaneous and let events unfold without always trying to control them. These types of people have a relatively high self-concept so they are not afraid to be the center of attention and do not feel the need to live vicariously through the lives and actions of others.

A gossiper has learned a lot of skills that could be put to constructive uses. He or she is usually very good at reading body language and sifting through the content of conversations to pick out the most relevant details, at being persuasive and getting others to go along with a version of events, and at quickly assessing the strengths and weaknesses of others. All of these skills could just as easily be used to create trusting, authentic relationships where the other feels truly understood and respected. The key is to start working on that nagging feeling of being unlovable and gaining the courage to open oneself up to the possible criticism of others by being authentic and real.