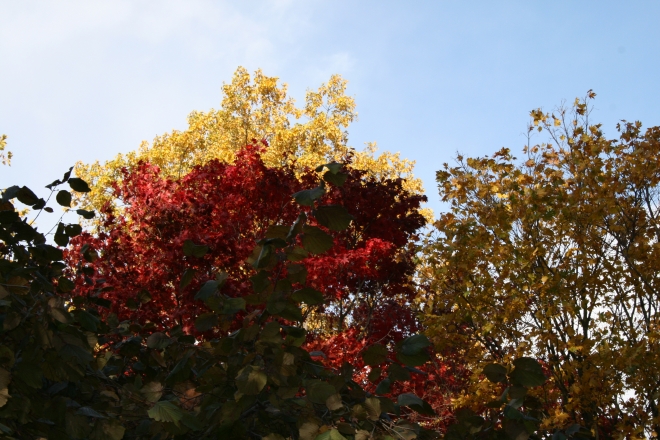 It goes against our nature to show vulnerability to people who have hurt us. The reality is that we are evolutionarily programmed to react to a threat either by fleeing or fighting back. These basic responses don’t always seem so basic in our modern world because they are tied up in complicated interpersonal relationships, but it comes down to the obvious fact that when you feel wronged your instincts don’t instruct you to show your soft underbelly to the offending party.

But our enlarged prefrontal cortex, the brain region responsible for planning complicated cognitive and social behavior, allows us to transcend our basic instincts to get more satisfying results. Reactive hostility, which is the psychological term for pushing back when someone has pushed you, is an understandable response but it often leads to more problems than solutions. Most of the conflict in our modern world is not physical. It’s emotional and psychological. This means we have many more options since our physical survival is not on the line.

One way to interfere with the often harmful instinctive response to push back when you feel wronged is to understand a powerful psychological paradox. The purposeful decision to show your vulnerability to the person who has wronged you is actually an act of power, not an act of weakness. You force your oppressor into the uncomfortable position of being held accountable for the original act instead of starting a war where wrongdoing gets hazy.

It’s sort of like during a football game, where the player who hits back in an altercation is almost always the one who gets the penalty flag thrown. The perpetrator escapes without consequences. The victim who was protecting himself faces the consequences. What people see and remember is often the last link in a chain of events. The true villain gets to feel like the one who was wronged, and this is what others see too. It happens all the time in relationships, where family members and other members of a community often have a skewed perception of events if the perpetrator is clever enough.

The expression ‘you have to fight fire with fire’ is pretty stupid when you stop to think about it. Everyone knows you fight fire with water. Introducing more fire will only add to the raging inferno. In the context of our conversation, water is the courage to rein in your natural instinct to launch a counterattack, instead embracing your uncomfortable vulnerable state. If you can remember the psychological paradox that this purposeful decision is an act of power then your vulnerability will transform because the feelings of weakness that accompany it will dissipate.

You get a little bit of distance and instead of feeling powerless you know you are making the conscious choice to increase the health of your relationship by refusing to add more fire to it, holding the person who has started the fire accountable by admitting how they really made you feel. Most people do not like playing the role of villain. Don’t let them off the hook by becoming a villain yourself. Our discussion probably doesn’t apply if you find yourself in the role of victim often though. We are talking about mindfully accepting a situation for what it is and choosing a different route when you really have been wronged, not constantly playing a role for your own psychological gain.