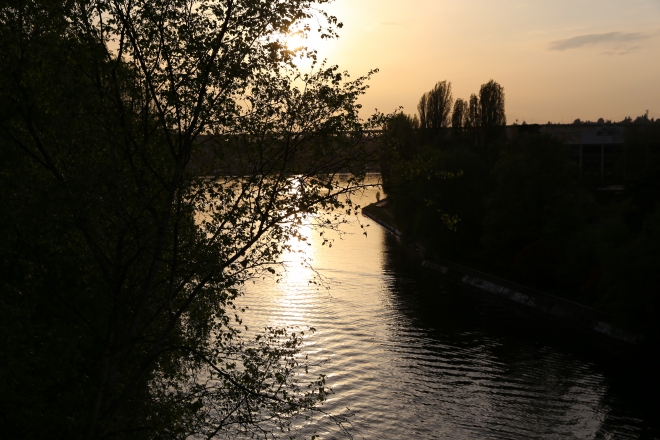 “He fought because he actually felt safer fighting than running.”
– Richard Adams

It’s hard to empathize with the combative life attitude until we look below the surface and see it’s a protective mechanism, meant to combat the anxiety produced from a world perceived as hostile. We are all of us hardwired with the fight or flight response, where when confronted with a threatening situation adrenaline pumps through our bodies, producing many physiological changes that prime us for either confrontation or escape.

But as human beings our physiology can affect our beliefs and our beliefs can affect our physiology. While still saddled with the flight or flight response like all other mammals, we have also transcended it because our deeper beliefs about the world can influence our behaviors too. Many people take on the fighting mentality, not just as a response to concrete threatening situations, but as a global life solution.

What looks rational to some looks irrational to others because their basic beliefs about the world are different. Few of us ever believe we are acting irrationally. We think we are responding appropriately to a given set of circumstances. It’s only after the fact that we come to see that we may have overreacted, but then a new stimuli provokes a similar behavior chain and the cycle begins again.

One reason why is that for most people the combative attitude has done a lot of good, making them blind to the bad. It has eliminated countless hostile threats in the environment by meeting them head on and subduing them before they could do any lasting harm. This strategy has been the only successful way since childhood to combat the painful anxiety produced by a world perceived as hostile, making them feel powerful and in control, finding some modicum of security by molding their environments to their liking through force of word or deed. If everyone is out to get you, the safest course of action is to get them first.

If we look at the fight or flight response philosophically, we see that the problem is not sticking up for yourself or running away, because sometimes one of these behaviors is correct for the situation. The problem is when you take on the combative attitude as a global life solution, feeling compelled to fight when you should be running away, or worse perceiving threats where none actually exist.

You can’t be filled with well-being and filled with a raging storm at the same time. The combative life attitude is a raging storm; it has you constantly on edge. One thing you can do to effect some change in your life if you want to be less combative is to mindfully come to your breathing every time you perceive a threat in your environment. Before acting out the same behavior as usual, ask yourself if the situation really calls for adversarial thoughts or actions. If the world being a hostile place were all in your head, the flight or flight response would not exist in the first place. Some situations are threatening. But what you want to do is make your behavior commensurate with the stimuli that provoke it. This means deeply questioning whether your perception could use some tweaking.