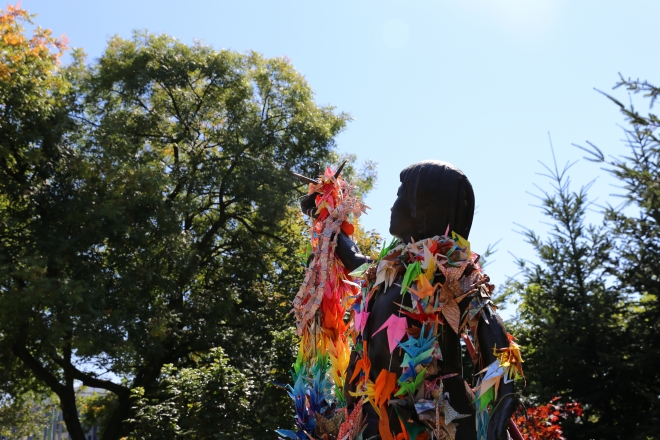 Use A Safe Word During Fights

A lot of deterioration in romantic relationships can be directly attributed to words said in the heat of the moment during fights. People really regret them later on and are left to pick up the pieces, clearing up the wreckage of a bomb that never should have gone off in the first place.

Your physiology often actively works against your best interests during confrontation because of the fight or flight response, something that was essential for survival while battling it out in nature but that is a real detriment when it comes to being calm, rational, and open to your partner’s ideas. With all that adrenaline rushing through your body and the tunnel vision that the fight or flight response creates, you’re ready to confront or escape a physical threat, not to be peaceful and constructive.

The solution is simple. It’s to decide as a couple on a safe word that either person can use during a fight, signifying that the calm has been replaced by the storm, that engaging has become a bad idea. The word is a signal to have you both leave the discussion for at least fifteen minutes in order to practice whatever self-soothing techniques work best to bring your heart rate and blood pressure back down to reasonable levels. The key to making this strategy work is to always come back to the conversation afterwards. You can’t just leave it hanging or else you’ll probably create just as much resentment as if you said something cruel in the heat of the moment.

I have seen couples who decide to use a safe word during fights get great results, and actually they often end up being pretty playful with each other when one person uses the word, teasing each other but without any hostility since they grow accustomed to never reaching that point where the volcano explodes. They start to see each other in a more playful and gentle light.