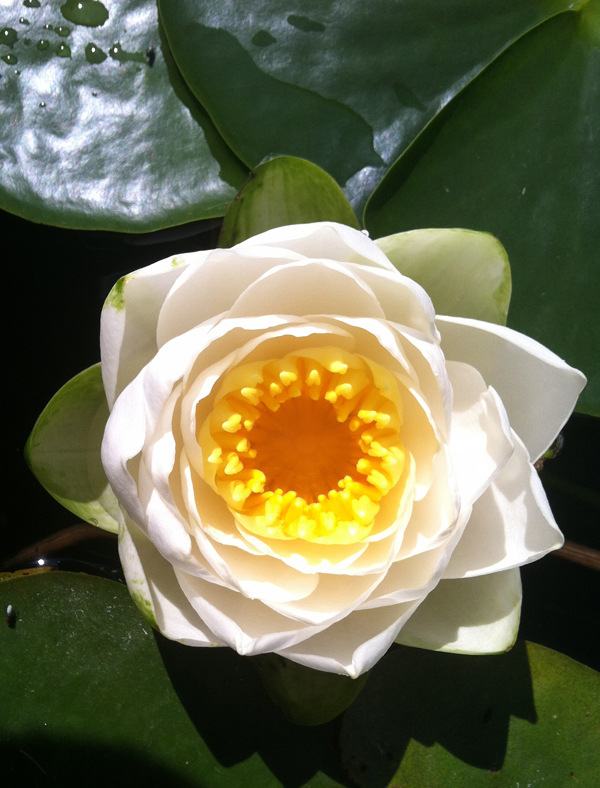 The word ‘aggression’ has a bad rap in our culture and mostly negative connotations. No one really wants to to be labeled as aggressive. This comes back to the conflicting cultural messages we receive to be open and sharing while at the same time self-serving and cunning. On Sundays many of us hear about turning the other cheek. For the rest of the week the markets tell us to take what is ours, that everyone can pull themselves up by their bootstraps, that spending is good, that it’s a dog eat dog world. No wonder internal conflict surrounds the whole idea of aggression, when at a fundamental level we are instilled with competing ideas about it.

As usual it is useful to look at the Latin root of the word. Comparing the original to how it is defined today can reveal invaluable data points about our culture. We see that aggression comes from the Latin roots ag (before) and (gred) to walk or step. There is no sense of violence or malevolence on the part of the person aggressing. Furthermore what it is that you can walk or step before is left wide open. It could be a new idea or area of inquiry, or a closer and more meaningful relationship with your romantic partner, or starting to exercise more and eat healthy. In fact being aggressive is a mandate for anyone concerned with personal growth because it represents an internal decision to take a step towards life and towards some sort of connection. Your behavior is prompted from within and you reach out to try to fuse with some part of your surrounding environment.

The idea of aggression being intrinsically adversarial is inferred by our culture. It shows that we repress our own adversarial worldviews, and it says a great deal about the unconscious need of many to create or maintain power structures while outwardly expressing concern for human equality. Here are the definitions for aggression at dictionary.com:

1. the action of a state in violating by force the rights of another state, particularly its territorial rights; an unprovoked offensive, attack, invasion, or the like: The army is prepared to stop any foreign aggression.

2. any offensive action, attack, or procedure; an inroad or encroachment: an aggression upon one’s rights.

3. the practice of making assaults or attacks; offensive action in general.

4. Psychiatry. overt or suppressed hostility, either innate or resulting from continued frustration and directed outward or against oneself.

You can see that all of the definitions are concerned with hostility. Aggression always ends in a power struggle. These definitions say a great deal about how we view relationships and give us some clues about how to make them healthier and happier.

Actually there are many instances where being labeled as aggressive is considered a compliment. If I am told that I am an ‘aggressive skier’, or if someone at work is referred to as an ‘aggressive salesman’, or if a student is known to be ‘aggressively pursuing his studies’, we will each be pleased to hear these opinions of us. We can start to see that the important factor in our aggression is the underlying motivation and its desired result, not the act of aggression itself.

Being aggressive gives your life a sense of excitement and energy because you are taking risks and living beyond yourself. Rather than going on a boring guided tour you venture out on your own. Again the important part is intent. If you are aggressively pursuing positive goals then good things will usually happen for you and those around you. The degree of decisiveness also becomes a primary consideration for whether an aggressive action effects change. Let’s say two guys decide to ask a girl out. The first is hesitant, looks nervous, doesn’t make much eye contact, and finally says “We should go get a drink some time.” The second makes eye contact with her from across the bar a few times. He then approaches her directly and smiles, looking her in the eyes and introducing himself. He tells her he had been summoning up the courage to come talk to her because she is beautiful. They chat and joke for a few minutes and then he says “Would you like to get a drink with me?”

Both of these guys were aggressive in that they each stepped in front of the object of their interest, but the first became hesitant and withdrawn and was unable to make full contact. He went halfway but shrank back from the encounter, probably due to feelings of anxiety and pressure, and it ended up costing him. The second stayed aggressive the whole time in the sense that he showed a version of himself where he was obviously going for what he wanted and was direct about it. He did not shy away from full contact but instead embraced it. Between the two encounters, the girl will almost surely prefer the second even if she decides against getting a drink with him. We are usually drawn to people who are confident and decisive.

Aggression can lead to growth and positive connection or to dominance, power, and control. What matters are the ends that you are aggressively pursuing and your motivation for doing so. When you decide upon growth, being your authentic self, following your real interests, becoming more open, and creating healthy, open relationships defined by equality, then these will be the objects of your aggression, and you will get great results. Our advice? Be aggressive, B-E aggressive.