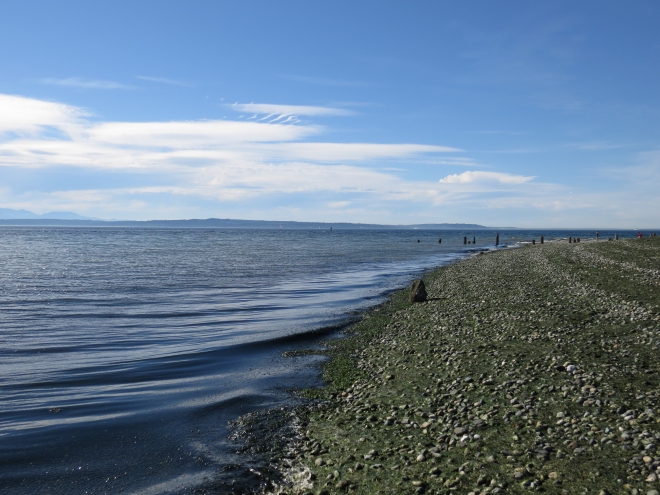 We were waiting for a spot to open up in a busy parking lot at the beach when a car came around the corner from the other direction, spying what we had already seen, someone getting into their car and preparing to leave. Then came the inevitable confrontation, where the driver put on her right hand signal to tell us she wanted the spot. She smiled imploringly at us. But we were unmoved, signaling with hand gestures that we had been waiting there and were going to take it. So she relented, but before moving off to look for another spot stopped beside us, rolled down her window, and with a smile plastered upon her face said to Ana, “Karma’s gonna get you babe.”

Here we have a perfect example of passive aggressive behavior. On one hand, her body language was friendly. She was smiling and seemed pleasant enough. But she was simmering with hostility, and actually cursed us while still maintaining that friendly veneer. Passive aggressiveness is really tough to deal with because simultaneous, conflicting messages are sent, catching you off guard and making you wonder what the hell just happened. It’s confusing and can leave you feeling violated.

The psychoanalytic way to understand this phenomenon is that it develops in childhood due to being confronted with a family situation where expressing thoughts and emotions in a straightforward manner is met with reprisal. All children are faced with a power imbalance, but the question is whether they feel helpless in a hostile environment or helpless in a loving environment. In a hostile environment, passive aggressive behavior becomes one coping mechanism where negative feelings about the abusive power situation can be expressed in a way that feels safe. Thus the biting remark that occurs along with the friendly smile, the ‘forgetting’ of chores or responsibilities, the chronic lateness, or any of the other myriad ways of expressing negativity and resistance without having to risk the consequences that would go along with expressing this negativity and resistance in a forthright manner.

The passive aggressive usually isn’t consciously aware of what she’s doing though, and is likely to project the responsibility for her behavior onto the person who has compelled her to once again consider the power/helplessness dynamic that was so painful for her in childhood. She’ll go on about her day, feeling completely justified, not seeing anything wrong with how she responded to the situation since she ascribes all of her hostility to a source outside of herself.