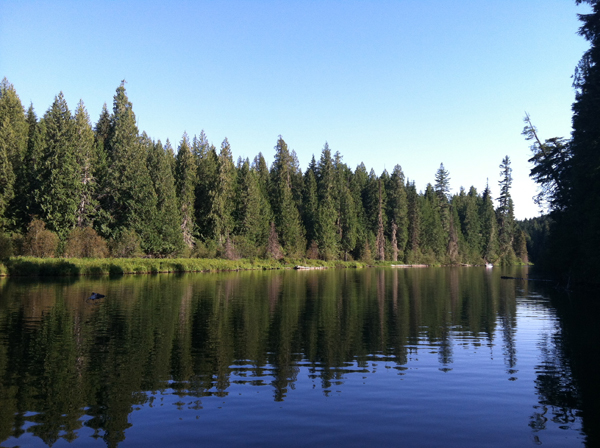 Not all aggression is easily recognizable, especially when it is embedded within the cultural discourse and is socially sanctioned. Those who are marginalized and made to feel less because they are not a part of dominant culture are forced to deal with the subtle realization that they are unwelcome for being who and what they are. Think of insidious trauma as a constant but barely perceptible tapping on your shoulders. Obvious forms of trauma like rape are more like a powerful punch to the face.

In a sense insidious trauma is as damaging because it forces a person to question his or her own sanity. Since events are not blatantly obvious faulty perception could be to blame. The cumulative effect of subtle marginalization can create painful symptoms similar to those found in more obvious forms of trauma. A metaphor to describe this process is drips of water falling onto a stone. At first the drips will seem to have no impact, but as the years go by the stone will begin to wear away until a hole is finally created.

When trauma is obvious and severe at least it is easily recognizable and an action plan can be created to combat it. This gives a sense of efficacy and restored control. Unique skills and abilities can be brought to bear, and overcoming the issue can leave a person feeling strong and able to confront life’s challenges. He or she is damaged but healing and growth are possible. The more subtle forms of discrimination in the 21st century make you feel bad about yourself without consciously recognizing it.

This is the most nefarious outcome of political correctness. Blatant racism is replaced by a veneer of equality, but the same attitudes that have always been present don’t go away, they are just buried and expressed in less obvious ways. A person is not allowed to use certain words but the feelings behind the words are not addressed or changed. Combating them is impossible because everyone pretends as if they don’t even exist. Discrimination hasn’t gone away but it has changed form, becoming ephemeral and much more difficult to pin down.

Whether you come from a minority outside of dominant white culture or exist within it, bringing the numerous subtle forms of discrimination in our society into conscious awareness is an integral part of achieving mental health. This is because an unequal power relationship negatively affects both parties, although we are accustomed to thinking that only the oppressed party suffers. But psychological inquiry into the nature of sadistic power relationships shows that a person who inhabits the role of sadist also suffers tremendously in all aspects of life including close relationships. He sees his entire life in terms of power over others. Domination and control are his highest values. He becomes incapable of authentic encounter or love. He jealously defends his privileges without recognizing the tremendous toll this stance takes on his psyche. Feelings of community go out the window. Selfishness and greed replace concern for the growth and well-being of others, and in the process his own growth and spiritual development are stunted.

Inheriting the socially sanctioned role of oppressor and not being consciously aware of the unequal benefits you enjoy in no way changes this reality. In fact most sadists in concrete relationships are unaware of their sadistic motivations and instead rationalize these intentions as duty, conscience, or some other noble virtue. Whether you choose of your own volition to act in a sadistic way or have it forced upon you by society the psychological mechanisms are the same and so are the symptoms.