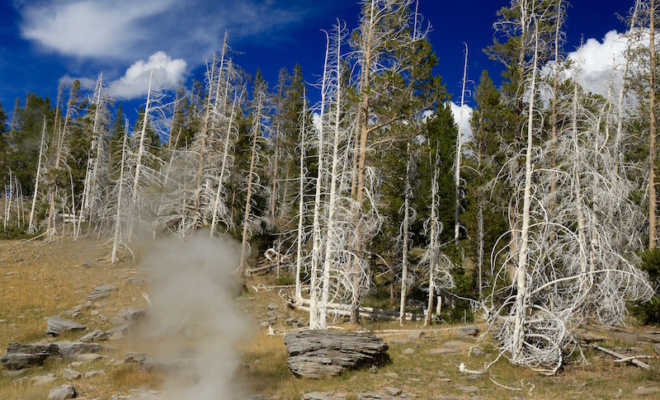 A common strategy that Western psychologists use to help people with anger management issues is to instruct them to vent their anger once in a while in a safe space. Maybe they head out to the garage, get in their car, and scream their heads off. Or maybe they punch a stuffed animal or some other soft object. The more I have gotten into neuroscience and mindfulness, the more I have come to believe that these strategies are not very useful and can even be detrimental.

Thich Nhat Hanh uses a metaphor that shows why venting anger doesn’t work as a long-term solution. Imagine a cabin in the middle of the woods during a cold, snowy winter. It doesn’t have a lot of modern contrivances but it does have a wood stove that keeps the occupants warm and comfortable during those frigid months. Imagine that the stove starts malfunctioning. Black smoke billows out of it at times. One solution is to open up all the windows, allowing the cabin to vent. But we all know this is a bad solution. The stove is malfunctioning and will continue to malfunction until we fix it. It might even break down altogether. The smoke is a symptom of an issue that is situated within the stove. We can do whatever we like to try to make these symptoms disappear but the issue will remain.

From a neuroscientific point of view venting anger in a safe space as a therapeutic solution doesn’t make a whole lot of sense. People are probably strengthening the same neuropathways that are causing them their problems, the pathways that fire when they express their anger in real situations. These pathways in the brain strengthen and get bigger the more they are used, kind of like muscles. Venting anger, whether in a safe space or in front of other people, gives these pathways chances to hardwire. This is probably why seemingly little things can set people off who have anger issues. Even though the provoking incident seems insignificant it activates the same neuropathways, so the reaction is similar.

At best we have a harm reduction model, where people start to associate the broiling internal feeling of rage with the safe space they have chosen, and are able to hold off on venting until they have reached this space. At worst the cultivation and expression of anger as a global life solution gets several more opportunities every day to strengthen.

There is a better route. Fix the stove. Mindful acceptance lets people feel powerful by giving them permission to effect their own change, realizing that they are capable of observing their anger and experiencing their anger at the same time. Normally when they start to get angry, their conscious awareness of goes down, and they just react. They try to transfer their feelings of anger onto someone else by expressing these feelings, easing themselves of the burden.

By mindfully embracing anger instead of sending it away, people start to train their brains to view it as a good friend. They sit with it, recognizing its presence. They can start to pair the feeling with rhythmic Ujjayi breathing, creating a new behavioral association for themselves. Every time there is a change in equilibrium where anger starts to rise, deep breathing and a mindful attitude of acceptance become the response. The more this stimulus and response pair together, the more the response will hardwire until switching to deep breathing when anger arrives becomes second nature.

To go this route people commit to practicing meditation every day so that they are accustomed to the state while they are feeling normal too, associating it with calm and ease. The paradox that makes change possible is deciding to invite anger in instead of pushing it aside or throwing it out in the world. They become more present when it arrives instead of less present. “Hello anger. I’m sorry I haven’t been there for you. I am ready to listen now. Please tell me your important message.” People get the chance to meditate on all the aspects of their lives that they may have ignored or minimized, aspects that were obscured because anger always loomed so large in front.

Sometimes anger is a legitimate response, like when we are wronged, and increased mindfulness helps people take back their right to be angry sometimes too. But the difference is that they don’t always unload right when the situation arises, instead becoming mindful, seeing the event that triggered their feelings more clearly. They take the time to decide on a loving, productive way to air their grievance instead of causing more suffering.

This global attitude transforms anger into compassion. It’s a decision to no longer let anger negatively affect relationships, to really take the time for self-care and reflection, and this is itself a compassionate attitude. People start to realize they have the power to respond to stimuli in their environment as they see fit, that they can rewire their neural pathways themselves. They fix their stoves and the black smoke stops billowing.