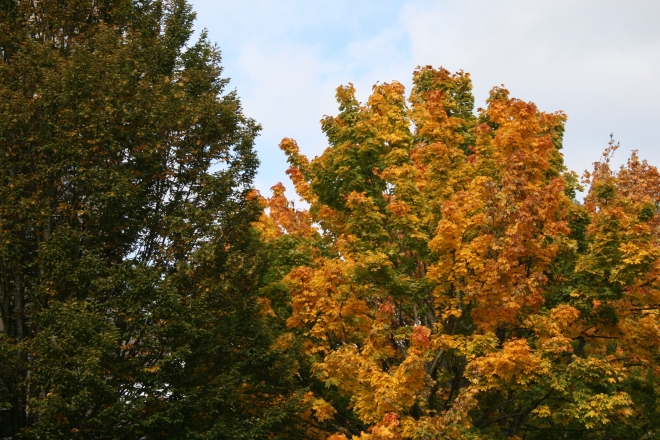 We all have limitations, some due to being human and others unique to our specific constitutions and situations. Most of the time our limitations are not what cause us problems though. Instead it’s our lack of awareness that we have them or our obstinate, compulsive need to keep pressing forward in spite of them, resulting in negative outcomes.

Let’s take a physical example. Our bodies are not built to survive falls from heights above forty feet. We learn this both from personal experiences as toddlers and also thanks to admonishments from authority figures. It’s a serious limitation to not be able to survive falls from heights, but this limitation rarely causes us any real problems. We simply avoid situations where heights are an issue. We know not to jump out of a fourth story window or run around next to the edge of a cliff. But obviously the result would eventually be a catastrophe in the form of serious injury or death if we lacked any awareness of this fact.

Some of us have a harder time recognizing personal limitations in other spheres of life though. Take for example someone obsessed with becoming a singer who has a terrible voice. She deludes herself into thinking she’s good, despite all the evidence to the contrary, and keeps pushing forward, constantly meeting with failure and disappointment. She has countless life paths to choose from but she keeps pursuing this one. Her choice causes her emotional and psychological pain, not her lack of musical talent.

Some people are well aware of their limitations, like being bad at mathematics or science, yet they feel tremendous societal pressure to keep at it. If you were driving through an unfamiliar area and reached a dead end, you would turn your car around, go back to the main thoroughfare, and try a different route. You wouldn’t drive back into that dead end over and over. But this is exactly what people do in the ephemeral space of interests and career paths. They think they have to follow one route because it’s sanctioned as the correct one by authority figures and society. They spend their lives feeling incompetent without ever fully exploring and developing their true talents. I have always loved a quote by Albert Einstein that says, “Everybody is a genius. But if you judge a fish by its ability to climb a tree it will spend its whole life believing it is stupid.”

Of course you have to give everything you have before knowing whether your limitations are real or just a result of not having really tried. But why continue to waste your precious time in an area where you lack passion or ability when a route that suits you better is waiting for you? It’s sad that so many students continue to pursue an area of study that makes them feel stupid. If you’re truly not good at something just accept it and leave it behind. If you can combine passionate interest with innate ability you will find a path that will lead you to a fulfilling career that deservedly makes you feel smart and important. You will get the chance to be use a skill set you have worked hard to develop that is unique to you, and one that most other people are incapable of replicating.