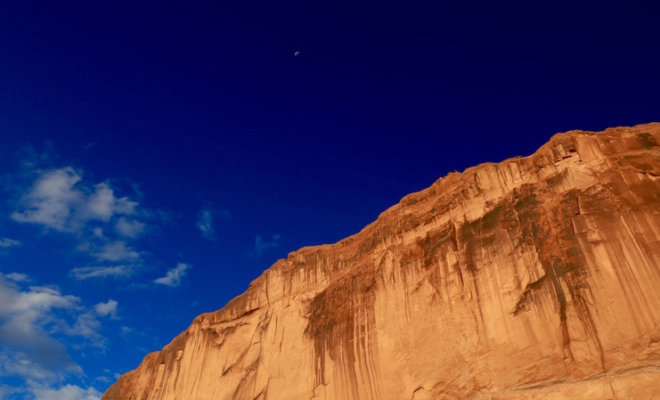 What happens to a lot of people upon retirement is that they suddenly find themselves without a given purpose in their lives. They feel adrift, at a loss for what they’re supposed to do. They become pessimistic, depressed, or even hopeless, though they hide these unwanted states of being as best they can under a veneer of contentedness, pretending everything’s just fine. After all, our society tells us retirement is supposed to be the earned reward for a life of hard work, something to revel in, to take pleasure in, not something to inspire despair.

But that same society, in ways small and big, sends a seemingly subtle yet glaringly loud message which says, “Now that your productivity as a worker has come to an end your use to us has come to an end. You’re no longer important to us, no longer a valued member of our society, no longer to be taken seriously. You’re an afterthought, an inconvenience even.”

Is it the individual who’s sick for responding negatively to a society that treats human beings as commodities and as therefore expendable once their use value has expired, or is it the society that’s sick for treating human beings that way? At any rate the result for many retirees is a loss of felt purpose  along with the barely conscious but very real sensation of no longer mattering, of being somehow expendable.

Therefore one of the most important insights for older people dealing with that sense of being adrift in life is that meaning was given before in the form of spoken and unspoken rules for being a productive member of one’s society but just because that specific meaning no longer applies does not mean that life has become meaningless. Just the opposite really from the existential point of view, since what was perceived as meaning was actually a subtle form of control and now that the control has been lifted the search for one’s authentic personal meaning can begin in earnest without interference.

We see meaning and productivity as one and the same thing as long as we define productivity as any work that unfolds unique potentialities and that manifests itself in services and products that help Self and others grow and self-actualize. That sort of meaning can only be discovered, it can’t be given, It requires the courage to explore authentic interests and passions and follow them where they may lead, even when they seem to contradict ingrained rules for thinking, feeling, and behaving. But As long as what’s kept in the front of one’s mind is to do no harm, to try to reduce suffering not add to it, and to try to continue along the path of growth and self-actualization, then some serious reflection should go into deciding why the tabu thoughts, feelings, and behaviors stemming from isolating and pursuing one’s authentic interests and passions are considered tabu in the first place.

Just as authentic meaning can’t be given but can only be discovered, when it is discovered and lived it doesn’t matter whether other structures of power recognize the behaviors stemming from that found and meaning as productive or not, as worthwhile or not, in short as meaningful or not. All that matters is finding or re-finding and then walking one’s authentic path of self-actualization. That becomes easier not harder upon retirement. People simply have to decide for themselves that psychic and physical energy are going to be invested in reaching out to the world in order to discover new fulfilling sources of personal meaning rather than invested in despair and hopelessness.