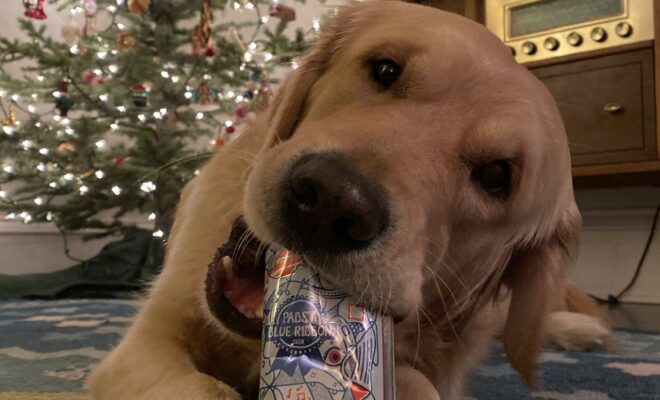 Train Your Dog To Go To The Bathroom Outside

If you have a puppy or an untrained dog who has been defecating, urinating, or both inside your house, teaching him to go to the bathroom outside is really easy using behavioral psychology. You just need to understand a few key concepts, put them into practice, and have the patience to keep at it until the training techniques start working.

The route many take is to get on a dog’s case when it goes inside, yelling at him, spanking him, even going so far as to abusively rub his nose in the mess he has made. These are terrible techniques for a few reasons outside of the fact that they are cruel. For one thing, owners usually see the mess after the fact, not while the dog is actually using the floor as a toilet, and for behavioral psychology to work well the reinforcement has to occur at the same time as the behavior. For another thing, these owners aren’t giving the dog any clues about what behavior they want to see, in this case going outside, they are only punishing the dog for what they don’t want to see. Obviously he knows he’s done something gravely wrong, but he doesn’t know what he’s supposed to do right. Also some dogs, just like some humans, thrive on any sort of attention, even when this attention is negative. In these cases blowing up on the dog will act as a positive reinforcement, making it more likely that he will continue to defecate and urinate in the house.

A training route that works much better requires more effort on your part but it will get results quickly without any of the harmful psychological side effects that usually go along with being cruel to your dog. You first have to ignore any time that he goes inside, not paying attention one way or the other. Just clean it up without directing any attention towards your dog. This is called ‘extinction’ in behavioral psychology and it’s the best way to make a behavior disappear because all intelligent organisms use cues from their environment to guide their actions. When these cues disappear they start to question their actions.

Then you just need to be outside with your dog when he does defecate or urinate, and to madly praise him in the moment for doing so. Pet him directly afterwards, give him a treat, tell him what a good, smart dog he is. This is using positive reinforcements properly, and your dog will quickly begin to associate these reinforcements with going to the bathroom outside. Before you know it, he will be barking and waiting expectantly by the door when he has to go, because he knows if he goes inside there will be no attention whatsoever and if he goes outside there will be a bunch of positive attention and treats, things he wants, so he will always think of outside as the preferred place to go. It’s really that simple to train your dog to go to the bathroom outside. All you need is patience and the commitment to be outside a lot at first while you are waiting for him to go of his own volition, so that you can positively reinforce him for doing so in the moment.