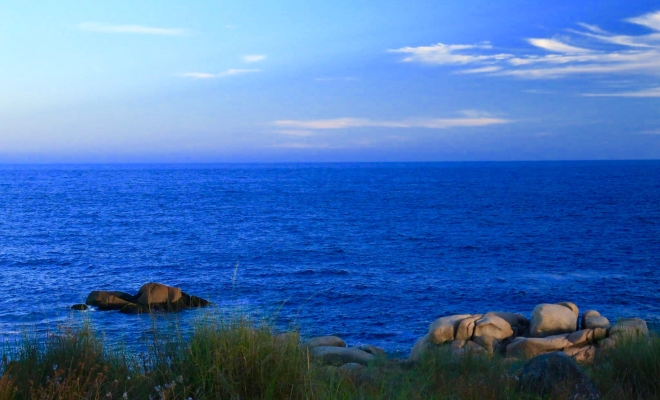 Afraid To Get Close

There are a million and one rationalizations to explain away the choice to remain emotionally distant in close relationships where intimacy is required. Underneath all those rationalizations what’s really going for people is usually exactly the same. They’re afraid to get close. But they’ve repressed this fear and the reasons behind it because these reasons are too painful to face. At the conscious level they buy into whatever rationalizations seem most plausible and try to make others buy into them as well while at a deeper level of their beings they know the truth. They’re actually desperate for authentic human connection and suffer greatly for the lack of it.

The real reasons behind the choice to remain emotionally distant almost always point back to the quality of the first and most important relationship with one or more primary caregivers. Opening up emotionally led to repeated bad consequences in this relationship, a sort of endless cycle where trust would build up to the point where the guard would be let down, at which point abusive words and deeds would once again shatter that trust.

At some point a rather ingenious solution to the problem was taken. This was to simply stop caring, to stop wanting to connect. If all of that emotional pain is the result of exposing the soft emotional underbelly then it can all go away by wearing protective armor. And for those afraid to get close in adulthood, that protective armor was to stop investing emotionally in anything that had the potential to do emotional harm. Why keep subjecting oneself to that?

We said that people who are afraid to get close repress the real reasons for their emotional detachment in adulthood. This is because to the child the primary caregiver is a god whose perspective carries tremendous psychological weight. In other words, if your parent thinks your’re worthless and unlovable then it must mean you really are worthless and unlovable.

Adults with emotional detachment usually haven’t fully worked through their ambivalence towards their primary caregivers. On one hand they’re still desperate for love, approval, and above all a safe space to connect emotionally, while on the other hand they’ve virtually blacklisted these people. At a deeper level the ambivalence is due to the ingrained unconscious assumption that their primary caregivers were and still are gods whose beliefs are objective and unbiased rather than flawed human beings whose beliefs are subjective and biased.

What it really comes down to at the unconscious level in adulthood is that reaching out for emotional connection and getting burned, just like what happened over and over again in childhood, would seem to confirm the unwanted narrative of being fundamentally worthless and unlovable. Remaining emotionally detached serves the dual purpose of protecting against emotional pain of all kinds and of insulating oneself from that unwanted narrative. But of course it’s a disastrous life strategy because long-term isolation, physical or emotional, is hell. Humans are wired to connect, to other people and to the world. No one is an island. Bringing the real psychological reasons for the choice to remain emotionally detached into conscious awareness and working through the ambivalence towards primary caregivers are essential steps in deciding to open back up emotionally in order to move towards more fulfilling connections.