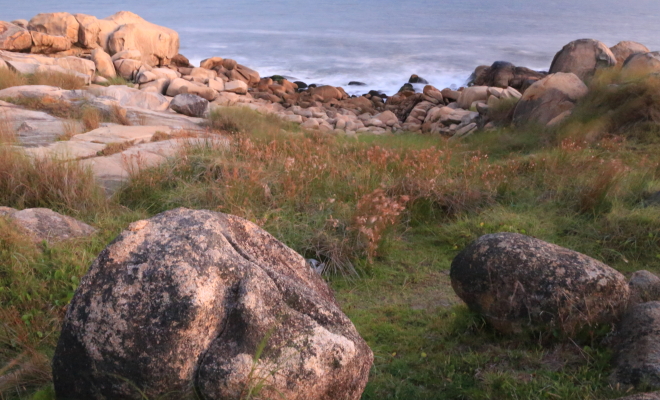 If you chose emotional detachment in childhood as a life solution to sustained abuse at the hands of a primary caregiver you’ve got to realize that not only was your solution understandable but that under those hostile circumstances it was adaptive. You did a good job in a tough spot, you protected yourself as best you could, without resorting to sadistic or masochistic thoughts, feelings, and behaviors that would have either purposefully hurt others or compromised your individuality.

There are three overarching life solutions that can be taken to reduce the anxiety engendered by the abusive situation, three solutions to combat feelings of helplessness in a world perceived as hostile, and these are sadism, masochism, and emotional detachment. You weren’t consciously aware of this psychological fact but you did know at some fundamental level of your being that neither sadism nor masochism were viable options for you because of the damage these life paths would cause.

The sadistic solution would have implied treating the people in your environment as adversaries to be conquered, it would have necessitated becoming interested in power and control above all else, it would have meant trampling the needs of others, hurting them psychologically, emotionally, or physically to get your own needs met. The masochistic solution would have implied surrendering your individuality, abandoning the traits that made you special in order to shelter under and identify with the perceived superior traits of some stronger presence.

You didn’t want to lose who you were, you didn’t want to change who you were, and you didn’t want to hurt anybody else, which is a small miracle considering the dual realities that victims of abuse are taught to dislike themselves and people being made to suffer usually end up projecting their suffering onto others. But despite the frequent abusive messages attempting to convince you that you weren’t good enough, a voice from deep within always retorted that you were good enough. You needed to find a way to protect what this voice represented, you needed a way to preserve who and what you were in the face of the constant pressure working to twist you into something that you weren’t.

Your solution? Just stop caring about anything. Stop allowing yourself to get emotionally drawn in. Let the abusive words and actions pass over you like water over rocks. Deny those words and actions the chance to take seed by refusing to provide any soil. You built an impregnable fortress around your emotional apparatus. This isn’t to say you lost the ability to get in touch with your authentic emotions. Actually from your perspective, though it was probably largely unconscious, building the impregnable fortress was the only viable way to insure the purity of your emotions since without the protective walls those same emotions were constantly forced through the filth of abuse, they were transformed into something that felt rotten and ugly and wrong.

Under the circumstances emotional detachment was an admirable life solution. You were just a kid, you didn’t have all the acquired knowledge and life experiences that you do now. Your instinct as an adult might be to blame that kid, to feel like that kid let you down since now you’re saddled with a way of being that prevents you from opening up emotionally, that prevents you from functioning well in intimate relationships, that prevents you from feeling connected to others, that makes you feel isolated and alone. But don’t be upset with that kid. Thank that kid, honor that kid, celebrate that kid. That kid got you through a really rough stretch of your life without resorting to sadistic or masochistic life solutions that would have fundamentally changed who and what you were.

Of course as you well know emotional detachment has ended up changing you. It’s dulled down your life. It’s made your experiences less vivid, less intense. You’re left with the sense that something’s missing. Emotional detachment has kept you from success in intimate relationships. You’ve probably had partner after partner complain about your emotional distance, about your inability to connect. You said you didn’t understand what they were talking about, you rationalized your way of being on this or that plausible grounds, you told yourself everything was fine, but deep down you knew they were right. You never let your emotional guard down, you never allowed for the possibility of true connection, you never let your partners see who you really were.

A solution that makes a lot of sense as a kid, a way of being that under abusive circumstances could be termed adaptive, doesn’t make sense as an adult, it’s a way of being that under your current set of circumstances could be termed maladaptive. Like we said, the first thing to do is honor and celebrate that kid for landing on a clever, adaptive life strategy to get you through a very rough stretch of time. The second thing to do is to return the favor, to make good on what that kid did for you by doing something for that kid, and for yourself. It’s time for you to overcome emotional detachment. By deciding you’re going to face the possible pain and anxiety of letting yourself feel deeply again, by opening yourself up to human connection, you’re giving that kid his or her authentic voice back.

Now’s the time to overcome emotional detachment, not because you’re being compelled to do so by environmental factors outside of your control but because it’s something you want to do. It’s never too late to become who and what you really are. You knew that truth as a kid, you chose emotional detachment as a way to protect your threatened Self from external meddling. When you recognize the same truth as an adult you’ll choose overcoming emotional detachment as a way to protect your threatened Self from internal meddling. We’re not saying everything will change overnight. But what matters right now is making the firm decision that you’re no longer going to let past circumstances negatively affect your present emotional functioning. Overcoming emotional detachment in adulthood is an attainable goal because emotional detachment is not and never was your natural way of being in the world. You’re older and wiser now, you’ve outgrown the old emotionally detached shell. It’s time to grow into an emotionally connected shell, one that fits you better.