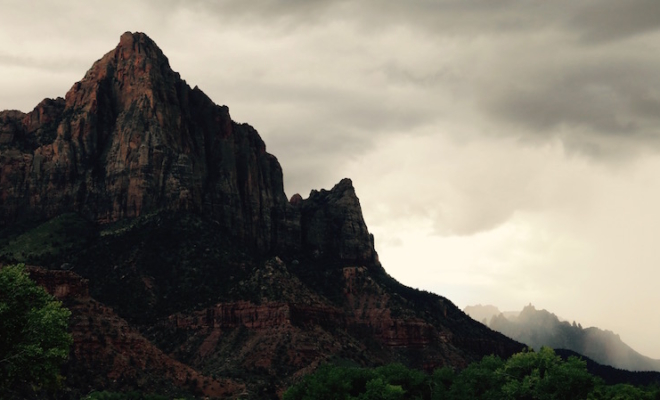 There are many psychological mechanisms at play to obscure the reality that abuse is occurring in a romantic relationship. Neither party wants to believe the truth. Actually both abuser and the person being abused share the commonality that they were almost always victims of abuse themselves as children.

In an abusive relationship both partners are harmed, and the abuser’s need to dominate and control comes primarily out of an unconscious feeling of helplessness felt since childhood. The world still seems to be a hostile place where events cannot be predicted or controlled. Something bad is always about to happen.

Abusers and their victims are drawn to each other from a psychological point of view. The uncertain events and hostile conditions of their childhoods led them to form a static, compulsive idea of how the world works. They both developed character neuroses. A child who  suffers abuse does not have a whole lot of choice in the matter. He or she has to find a way to deal with the unbearable levels of anxiety that result from having no sense of control over a hostile and emotionally damaging environment. A neurosis is the end result of repeated attempts to solve an unsolvable conflict. How do I protect myself from physical or psychological harm when I am completely at the whim of a stronger presence?

Both children decided upon the only solutions that seemed available to them. Their individual natures probably guided their individual solutions although under different conditions they could have developed quite differently. This constitutes the classic debate between nature and nurture.

An abuser generally sees the world in terms of power and domination. If you are able to exert your will over a weaker organism then it proves that you are not weak. The best way to protect yourself is to strike first. These types of people usually rationalize their actions by pointing to the laws of nature where predators eat animals lower than them on the food chain, or to the history or war and conflict in human societies. Their behavior actually comes from an intense need to control their surroundings in order to reduce anxiety.

Someone who is likely to be abused takes a different outlook on the world. The solution in childhood was to align with the most powerful person in the family for protection. To try to do everything perfectly in order to get the approval of the parent in power and with it the cessation of abuse. Basically, by giving up individual needs and merging with a stronger presence the hope was to find safety and security.

You can see how these two character types lay the groundwork for an abusive relationship. Person A is concerned with domination, proving superiority, and making the other completely dependent. Person B is concerned with merging with a stronger presence under the pretense of love and becoming happily dependent. Person A needs an object that proves beyond doubt that he or she is in control. Person B needs proof that the original solution of merging with a stronger power to lower anxiety was the correct one.

Two individuals come together who as adults have denied major parts of their own personalities for many years. They see the world from the vantage point of the solutions they have taken. They seem to fit each other, to complement each other perfectly during the early stages of their relationship. Each fulfills a part of the psyche that the other is unwilling or unable to recognize. The relationship begins breaking down as both externalize unwanted or unrecognized personality traits and start to realize that reality does not sync up with what was implicitly promised. Psychic harmony was an illusion. But they feel compelled to stay because of the vital psychological functions they play for each other.

This is why victims of abuse are often shocked to find that upon threatening to leave the relationship or actually leaving it the abuser completely changes. Insults and put-downs are replaced with pleading, professions of love, and the very real belief that life would not be worth living without the beloved. If we only consider the content of past interactions it would seem absurd that an abuser would want the partner around. After being repeatedly told that you are worthless why would it matter if you leave? If we look at the psychological process the shroud is lifted. All abuse is a way to instill self-doubt in order to maintain control, which in turn lowers anxiety. As the object, rather than being worthless, a partner is fundamentally necessary to an abuser’s style of living.

The same can be said for that partner, whose solution was to align with a stronger presence in childhood and lower anxiety through merging. By leaving, a victim of abuse actively negates a life solution that has been in place for many years. This is unbearable, also because of the resultant anxiety and the doubt it casts on a style of living and worldview.