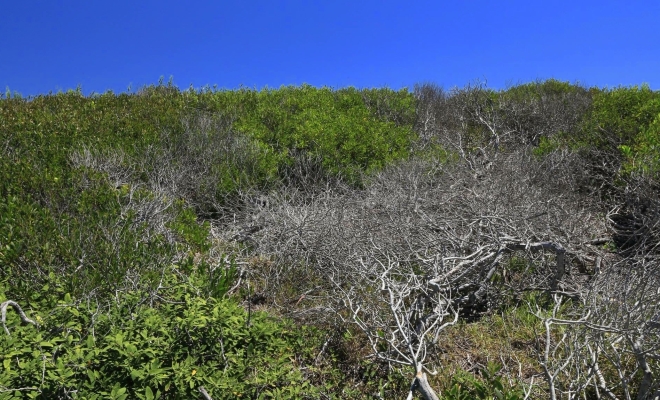 Here’s the way the DSM-V defines trauma: Exposure to actual or threatened death, serious injury or sexual violence in one or more of four ways: (a) directly experiencing the event; (b) witnessing, in person, the event occurring to others; (c) learning that such an event happened to a close family member or friend; and (d) experiencing repeated or extreme exposure to aversive details of such events, such as with first responders. Actual or threatened death must have occurred in a violent or accidental manner; and experiencing cannot include exposure through electronic media, television, movies or pictures, unless it is work-related.

There isn’t much mystery around this definition of trauma. It’s like an earthquake, or a punch to the face. People might choose to deal with the experience in myriad ways, some ways that could be considered healthy and other ways not so healthy. They might try to ignore, rationalize or deny their symptoms, they might try to convince themselves and others they’re just fine when really they’re not, but there isn’t much room for denying that the event occurred.

Insidious trauma, which isn’t listed in the DSM-V but is something we believe to be just as real, is different from the typical definition of trauma in that it’s a collection of tiny, barely noticeable traumatic happenings that build up over time. Insidious trauma is like millions of feet walking over boulders on a footpath. Over the years these boulders erode until they’ve changed from their original form. But each individual pair of feet makes no visible impact. It’s the cumulative effect that counts.

From the psychoanalytic point of view insidious trauma has profound ramifications for the mental health of the individual. Just as the rock eventually changes form due to all those feet walking over it, the personality structure eventually changes due to to all those tiny traumas, leading to a cumulative result we could call neurosis.

We were recently reading a great lecture Erich Fromm gave where he spoke to what we’re talking about here. “I am aware of the fact that when Freud talks of trauma he means something different from what I would mean: he would look for a trauma essentially of a sexual nature; he would look for the trauma happening in an earlier age. I believe that very often the trauma is a prolonged process in which one experience follows another and where, really, you eventually have a summation, and more than a summation, a piling up of experiences – sometimes in a way which I think is not too different from war neurosis, where there comes a breaking point when the patient gets sick” (Fromm, The Art Of Listening Kindle Version, page 25 of 195).

If insidious trauma really is real, and like we said we have no doubt that it is, then in our view the use of becoming aware of its occurrence is in being able to recognize and avert the impending disaster since it’s not a basically unavoidable one time event but rather a long and tortuous buildup. The break can be avoided by raising conscious awareness and actively changing the environment or changing perception in order to deal more effectively with what’s happening.

But people who have already buckled under the weight of those cumulative tiny traumas can benefit greatly from understanding the nature of insidious trauma too because naming it as such legitimizes their experience. It makes sense of a confusing sequence of events. These people are likely to take full responsibility for their symptoms, and to feel pretty guilty and pretty worthless as a result, when really environmental factors were a huge piece of the pie. Increased insight is the impetus for positive change. Under healthier conditions neurotic symptoms would not have arisen and understanding this paves the way for creating the internal and external conditions necessary to make those neurotic symptoms disappear in order to get back on the path of self-actualization.