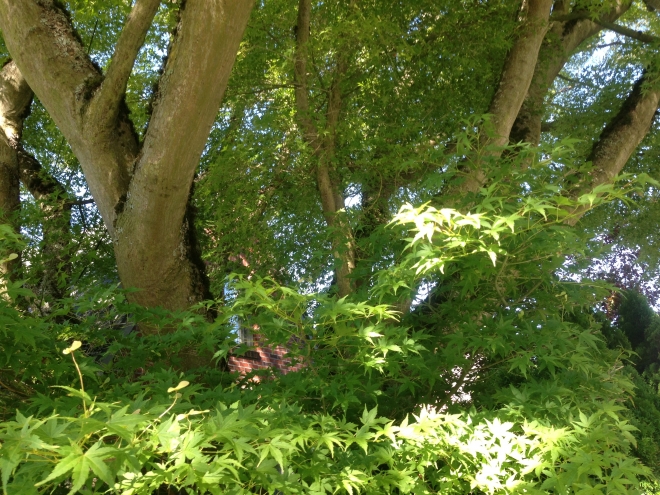 Myth of No Control

Let’s debunk the myth once and for all that an abuser’s actions are excusable, or at least understandable, on the grounds that he or she is not able to control abusive behavior. Actually the opposite is true. An abuser has a highly refined sense of control, and usually times instances and types of abuse for maximum efficacy.

If you are in an abusive relationship, verifying this objective fact is easy. An abuser outside of the household is usually charismatic, well-liked, and respected by his or her peers. People in abusive families are painfully aware of how different the abuser acts in public than in the home and confused by repeatedly hearing from outsiders that he or she is a great person. Of course this is only true for superficial relationships. Any relationship that moves towards authenticity will invariably break down as an abuser’s motivations and worldview become clear. The underlying need for power and control will start to sour the relationship and invariably distance people. An abuser will rationalize the demise of these friendships in any number of ways, but the commonality will be that it was always the other’s fault. Luckily for an abuser, our society allows for innumerable superficial relationships and the possibility to associate with work colleagues or business partners without ever creating a close relationship. Also our capitalistic mode of life tends to reward those who beat out the competition, strive for success, or dominate others so an abusive personality is able to blend in or even thrive in the world of work.

In any case , abusers are able to make it through the week without losing their cool or being outwardly abusive to coworkers,  bosses, or acquaintances unless doing so helps them further some goal. They attend social gatherings where they can be friendly and thoughtful. If an abuser really had no control, this ability to get along well with others in social situations would be lacking wouldn’t it? Abusive comments and actions would occur at random times and in many different scenarios, not just within the confines of the home or in cases where imposing will upon a subordinate is socially sanctioned.

The type of abuse employed at home is specialized and purposeful. In most cases physical abuse is perpetrated on parts of the body where covering up bruises or marks is possible for the victim. Verbal abuse focuses on aspects of the personality where self-doubt and feelings of worthlessness will likely occur. Abusive comments that do not accomplish this goal are discarded and replaced.

You can see that rather than being out of control, an abuser is highly controlled in his or her behavior. This is not surprising when we consider that maintaining control is the central feature to an abuser’s entire style of living. But how do we explain how a person can act one way in the social sphere and the complete opposite at home?

We have to start with the psychological fact that an abuser does not and in fact is unable to consciously believe that he or she is abusive. Abusive actions are always justified and rationalized. “It is for your own good.” “This is the way the world works.” “You are the one that is causing problems and forcing my hand.” “If you just acted in the right way this would not be necessary.” “This hurts me more than it hurts you.”

Most people do not want to be the villain in their own story, but there is a deeper reason why an abuser represses the truth. Consciously recognizing that his or her behavior is abusive and ultimately destructive would directly contradict the life solution taken to decrease anxiety and be able to function in the world. Moving against others, domination, and control are central to this person’s worldview. Accepting the role of abuser would cast doubt on every single facet of life.

When we repress a part of ourselves, we represent that part in equal and opposite force to the world. If you repress the fact that you are an abuser, you are compelled to show that you are not an abuser by emphasizing constructive, positive character traits outside of the house. You receive the validation you need to convince yourself that you are not abusive and that the people you are abusing are to blame.

This is a major key to unraveling the mystery of abuse. Do not be taken in by a parlor trick. If you know someone on a superficial level you are in no position to say much about who he really is, what his motivations are, or to describe his real personality traits. In the same way you cannot let yourself be fooled by someone who knows an abuser in this same superficial way yet validates him or her as a caring, constructive, happy person.

It is all too easy as a victim of abuse to doubt your perception of events and what you know to be true deep down. The whole point of abuse is to instill self-doubt. The logical conclusion is to take on the responsibility for abuse and decide that you are the problem and to attempt to change. After all, everyone else sees your abuser as a great person. It is only in the confines of your relationship that things are bad, and that must mean that you are a bad person. Whatever your shortcomings, real or imagined, they pale in comparison to the systematic and purposeful undermining of your sense of worth and value as a person.