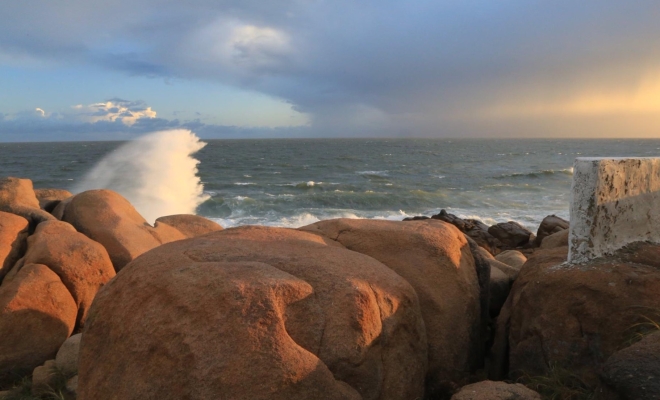 What we have going on right now in the presidential primaries are the most powerful of human forces squaring off against one another. Productivity, justice, and love on one side, destructiveness, injustice, and hatred on the other. The same secret war waged for millenia is being waged in front of our eyes today and the stakes have never been higher.

If you’re curious about how Trump’s campaign has gained so much momentum the answer is obvious from the psychological point of view. His platform allows for the safe release of unsafe thoughts and feelings. He provides a supposedly justified space for drives and motivations known at the deeper level to be unjustified. Destructiveness masquerades as productivity. There’s no better symbol for this masquerade than the intention to build a wall along the Mexican border.

Let us not forget that avid Trump supporters are suffering but can’t or won’t accept it. Their unconscious answer to this suffering is the release of discomfiting destructive impulses through psychological channels like scapegoating and projection and through violent words and deeds. They secretly feel inferior and this inferiority complex demands the equal and opposite response of superiority towards vulnerable groups. So really what’s happening on a national scale in these elections is what happens every minute of every day within the private world of the psyche. But what’s utterly terrifying is that this hatred and destructiveness is getting legitimized and could solidify into governmental policy.

Every human being has an inherent need to feel meaningful in the world. This meaning directly combats the existential anxiety cued off by the feeling of insignificance in a vast universe and combats the knowledge of mortality. When we create or destroy we prove to ourselves and others that we are capable of exerting some sort of impact on the world, of changing it in some way. By changing the world we not only prove our significance but also insure our immortality.

For those of you on the fence, especially between Hillary Clinton and Bernie Sanders in the primaries, there is only one question you really need to ask yourselves, and if you force your way through the various ideologies that make up your super ego and look for the authentic answer you will know what to do. “Which candidate would all of the great spiritual teachers across time support?”

This is not a time to sit idly by on the sidelines hoping that things will work out for the best. Be the change you want to see in the world. Now is the time to activate, to make your voice heard, to silence hatred and destructiveness. There is no time to wait, the planet and its people are stretched to the breaking point. Bernie Sanders for president.