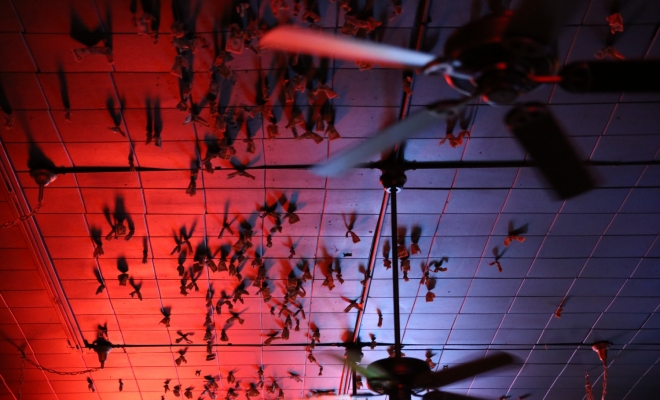 We usually think of projection as the psychic act of unloading undesirable qualities onto a scapegoat. People, structures, institutions, and ideas are made to be the bearers of these undesirable qualities, whereby the person doing the projecting is freed from the discomfort of accepting them as his own.

But actually projection as a psychic act can work in both directions, not only as the unloading of undesirable traits but also as the unloading of desirable traits, what we could call the projection of positive qualities. Psychologically speaking the process is exactly the same, the only difference being that the receptacle of negative qualities is cast down, turned into a scapegoat, denigrated, while the receptacle of positive qualities is raised up, placed on a pedestal, idolized.

The biblical story of the golden calf captures the essence of positive projection perfectly. In this story the statue, created by human hands, the outcome of human creativity and artistic skill, is alienated from these very human hands and worshiped as a god, as something apart from and above those who are its creators.

Whether the qualities being projected are desirable or undesirable, wanted or unwanted, positive or negative, the process is the same in that it results in alienation. The person doing the projecting empties himself of qualities that belong to him, instead seeing these qualities in the people, structures, institutions, and ideas that surround him.