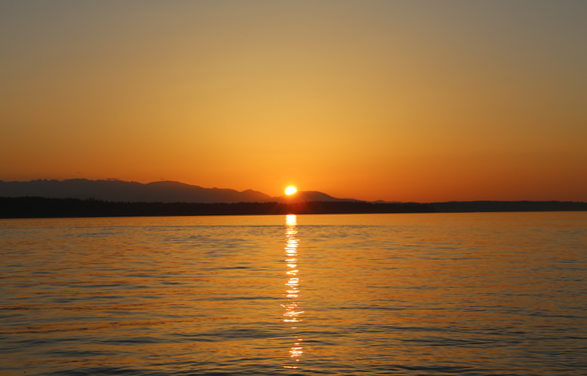 A common scenario in burgeoning romantic relationships is where one partner feels threatened by increasing emotional closeness and distances himself or just ends it. He usually doesn’t consciously recognize what he’s doing though and will come up with a perfectly plausible explanation, citing some flaw or defect in his partner’s character, deciding she is a bad fit. Don’t be fooled by the pronouns; women do it too, but in our culture it’s probably more common for men to run away from intimacy.

People who get stuck in this pattern are likely to have suffered abuse, neglect, or abandonment by primary caregivers in their childhood. In our culture, parents are the blueprint for all subsequent relationships because the setup of the nuclear family makes other perspectives of family life or close connections with lots of different adults almost impossible. For the young child, parents are gods who represent all of humanity.

What happens is that in later life this person transfers the confusing feelings that are meant for their primary caregiver onto their new partner. She wants more closeness and emotional connection, but these states are unconsciously terrifying and confusing because in the most important relationship they led to betrayal and painful emotional states like anxiety, fear, and loneliness. It seems perfectly reasonable that the same thing will happen again, so backing away from the relationship and creating an emotional buffer appears to be the safest course of action.

People can and do reprogram their brains to accept more intimacy and emotional connection into their lives. It helps to become consciously aware of the connection between early experiences with parents and feelings about the new relationship. It takes an act of valor to open yourself up to possible hurt and betrayal again, and this is exactly what you are doing when you choose to let someone in. The reality is that abuse, betrayal or abandonment are possible outcomes. But it usually helps people to remember that they are adults now and have many more tools at their disposal than they did when they were basically helpless kids. A full, meaningful life means becoming comfortable with discomfort. The risk is well worth the reward, and the alternative is continuing to lie to yourself, bouncing from one relationship to the next and never establishing a close connection with anyone.