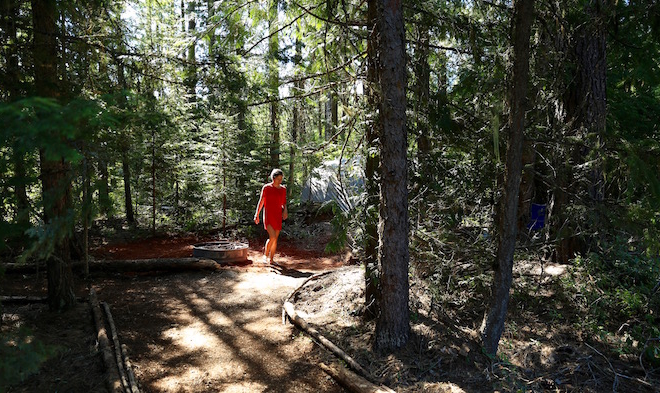 Emotional Detachment And The Love Language Of Service

What we find time and time again with people who are emotionally detached and in a romantic relationship is extreme dissatisfaction emanating from their partners around the quality and depth of the intimacy and connection between them. Actually more often than not it’s the dissatisfied partners who act as the driving force for their emotionally detached counterparts to seek professional help. A lot of people with emotional detachment don’t really believe they have much of a problem, at least not consciously. In fact they often paint themselves in a virtuous light, as rational philosophers, as fiercely independent people who don’t suffer from the same weaknesses as those around them.

It shouldn’t be at all surprising that partners get exasperated about the lack of emotional connection since the entire syndrome of emotional detachment hinges around the idea that exposing one’s soft underbelly, making oneself emotionally vulnerable, sharing sensitive details about the life experience, opening oneself up, is dangerous and will lead to disastrous consequences since that’s exactly what occurred in childhood and/or adolescence.

Very early on in a relationship emotional detachment is not usually a problem since the early connection is itself rather superficial and without much risk. There’s no talk of commitment or compromise and very little conflict. Things are fun and light and focused on the external world and this suits the emotionally detached just fine. We could say that emotional detachment is even attractive to potential partners at first. They’re drawn like a moth to the flame to that seemingly easygoing, “I don’t let anything bother me” attitude.

But the “I don’t let anything bother me” attitude is a front, a defense mechanism, a lie perpetrated not just to others but to Self. It’s a lie meant to cover up the deep hurts of continued abuse, abandonment, or neglect sustained earlier on in the lifespan. Deciding not to care is a solution taken precisely because caring too much always led to being wounded emotionally.

In the context of a romantic relationship partners of people with emotional detachment start wanting more than what was offered at the fun but superficial early stages. They want to feel truly connected and understood. They of course want physical affection but they also desire the harder to quantify affection that stems from knowing and being known. They, like all of us, wish to bridge the gap of existential isolation, to eradicate the anxiety caused by separateness through symbolic merging. But they’re thwarted in their endeavors. Those with emotional detachment hide behind an invisible wall that cannot be breached. It’s not just that they’re unwilling, but that they feel unable to offer what their partners are asking of them. They cannot, will not expose their soft emotional underbellies. They will not open themselves up, make themselves vulnerable, lose control.

People with emotional detachment do try to please their partners in other ways felt to be safer though. Most often they try to do this through service. They hope the behavioral route will suffice. They hope that by providing for their partners, or bringing gifts to them, or making meals for them, or doing chores for them they’ll be let off the hook. The emotionally detached tend to rationalize their unwillingness to give their partners what they really want and need on the grounds that they’re already doing more than enough, that their partners should be grateful. They try to shift the blame, to turn their partners into the people with the true problems, into people who are like insatiable black holes who want more and more regardless of what has been given.

So what’s called a love language, service, is in actuality a compensation meant to throw dissatisfied partners off the scent. It’s meant to try to keep them satisfied so that they’ll stop pushing for the threatening, anxiety provoking deeper connection. This is not to discount service in and of itself, not to discount all the wonderful tangible things people with emotional detachment do for their partners. But the central idea here is that service is not enough in an intimate relationship, as should be abundantly obvious from the word ‘intimate’. It’s not demanding or loony or difficult to want intimacy, to want to feel truly connected. Intimacy is a human need and if this need isn’t being fulfilled by the person whose main role it is to fulfill it the predictable outcome is extreme dissatisfaction, which will create friction and then outright conflict.