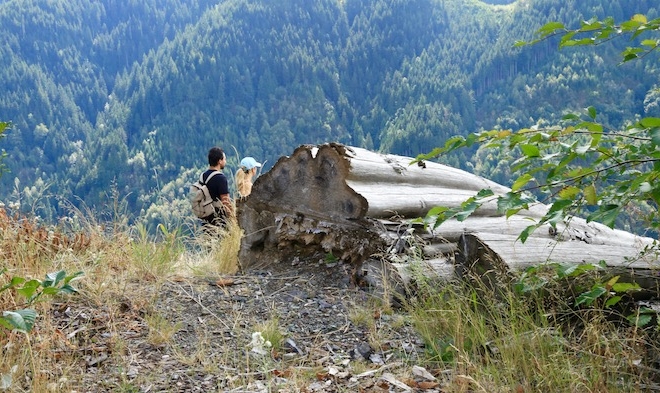 Helping Someone With Emotional Detachment Confront The Void

Nothing Wrong With the Emotional Apparatus

Most people struggling with emotional detachment don’t seek out help on their own but at the behest of their partners, who have grown deeply unhappy with the lack of felt emotional connection in the relationship.

When confronted by intense pressure from partners to share personal material, to make themselves vulnerable, to vocally express what’s going on internally, people with emotional detachment report the sensation of a sort of void forming before them, and they freeze up, they shut down.

The Void Is Existential Anxiety

We can call the void existential anxiety. Existential anxiety is the threat of nothingness. And the prospect of being deeply emotionally connected to the other is the threat of nothingness in the minds of those whose life solution to the problem of abuse, abandonment, or other traumatic experiences in childhood and adolescence was emotional detachment. Cutting off that emotional connection from others, especially intimate others, was a protective function, a way to prevent further harm to Self, a way to keep the threat of nothingness at bay. Just like how by refusing to play a game there’s no way to lose, by refusing to open up to an authentic two-way emotional connection there’s no way to suffer the pain of emotional abuse, abandonment, or other traumas.

Fast forward to the adult romantic relationship. Most exasperated people are not feeling very patient, kind, or compassionate about their partners’ continued inability to share the emotional experience with them. In fact many of these exasperated people don’t think of it as ‘inability’ at all but as mean spirited, obstinate refusal. Under that intense aversive pressure those with emotional detachment are exposed to similar environmental conditions as those that compelled them to choose emotional detachment in the first place. They recur to what they know and trust best, they continue to find safety behind the emotional walls.

Different Solutions to the Problem of Existential Anxiety

The most important thing to keep front and center when trying to help someone with emotional detachment confront the void is that the problem for all of us is existential anxiety but the life solution taken differs based on constitution and past environmental conditions. Just because opening yourself up to emotional connection is easy for you doesn’t mean it’s easy for everyone and assuming it is or should be is a clearcut case of projection. Your solution to existential anxiety was and is different, and this implies that there are certain different ways of being in the world that aren’t as easy for you as for your emotionally detached partner. If pressured to think and act in these different ways you’d be forced into the same predicament where someone was pushing you towards something they find to be easy that you experience as very hard or impossible.

At any rate, when we say confronting the void what we mean is confronting existential anxiety. Growing more comfortable just sitting with existential anxiety is the first step in the journey, and the ability to sit for longer periods of time without recurring to chosen defense mechanisms should be considered its own substantial victory. What most partners of people with emotional detachment want is a drastic and total change right now. Like we said they can’t really see what’s so hard about opening up and sharing, about making oneself emotionally vulnerable, about expressing what’s going on internally, since doing all of this comes effortlessly to them. They expect their partners to move from a to z without hitting on any of the letters in between.

So the idea is to try to summon up more patience and compassion, to realize that it’s not some mean trick being played where emotional connection is being withheld due to a lack of caring or spite or some other malicious reason but rather emotional connection is being withheld due to a longstanding pattern of behavior put into place to protect the Self against painful existential anxiety. Confronting this existential anxiety together as a caring team where the ‘void’ is recognized and embraced is the way to go. That’s the front line of the battle, and helping someone with emotional detachment confront the void is the first and most important step in a deeper, more fulfilling emotional connection with them.